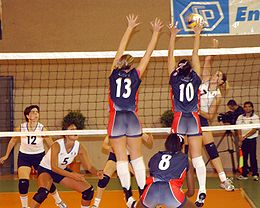 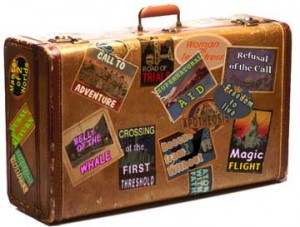 What do I need to think about before I start writing?

Imagine your answer is a SUITCASE – the examiner is looking for certain TAGS.

T = Topic. Stick to the topic. Have plenty of ideas. Identify problems but also offer solutions.

A = Audience. Who are you writing for? What kind of language is appropriate? (formal/informal)

G = Genre. Are you writing a diary/report/speech etc…? What layout is expected?

If these elements are there then you should have everything you need in your answer.

You cannot answer QA & QB on the same text.

What can I be asked to write?

Letter (may be based on the text)

Diary entries (may be based on the text)

Do I need to read the text the QB follows?

Often you are asked to base your answer on the information in the text so you will have to read it quickly to get ideas.

The examiners will reward ‘creative modeling’.

This means you can use the ideas in the text BUT you cannot just re-write sentences word-for-word and pretend you’ve come up with them yourself (this is plagiarism.)

They are expecting you to model the same style – if the writer used quotes, you should too (but different ones), if the writer included an anecdote you should do (but your own anecdote…). You must add your own personality & imagination. Don’t steal the ideas, challenge them, add something new, model a similar style but different content.

Posted on May 7, 2011 by evelynoconnor | Comments Off on Six Rules of Essay Writing 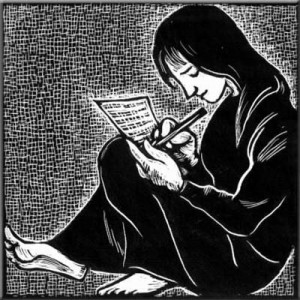 It’s hard to say exactly how long your essay should be. A brilliant debate 3 pages  long will do better than a boring 7 page article. A guideline is between 3&half & 5 pages but quality is always more important than quantity! Choose your essay title based on the topic but also on the genre – which style of writing suits you best???

Comments Off on Six Rules of Essay Writing

Posted on May 7, 2011 by evelynoconnor | Comments Off on Essay Topics

It is impossible to predict what will appear in the essay section. However, certain topics have come up more than once since the new course began in 2000.

Feelings come up almost every year but they always name a specific one – so far they’ve included: freedom, indecision, daydreams, imagination, hope, wonder and the ones that came up twice listed above (happiness, love, truth).

Some topics that haven’t appeared yet but that MIGHT come up (& I’m just guessing here!) include:
RECESSION
INTERNET / SOCIAL NETWORKING
THE PRESENT (the importance of living in the moment) –  *I WAS RIGHT!!! This came up in 2012! (Write about having “all the time in the world”) & 2013 (“the everyday treadmill & the gilded promises of life”).
INJUSTICE

Some feelings that haven’t appeared yet but that MIGHT come up (& again I’m just guessing here!) include:
FEAR
SADNESS
PRIDE

You could collect ideas for topics without having to write the entire essay. See below!

Comments Off on Essay Topics