It’s the first day of 2014 so I should be looking forward not backwards! But I guess the best way to move forward is with an awareness of how I got to the present moment, so here are my highlights from the year gone by. 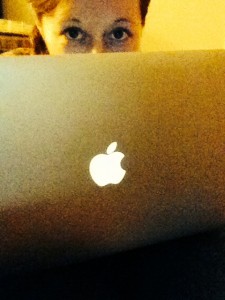 In 2013 I became a bit of an event junkie, to such an extent that one person commented recently “Is there anything you don’t go to?” Looking back, I recall fondly the utterly brilliant experiences of presenting at CESI 2013;  hearing the late, great Seamus Heaney reading at CUIRT; attending the week long ADE institute in Cork; being entertained & informed at TedXDublin; presenting to NUIG’s new EdSoc; working with the Youth Media Team at Féilte to celebrate World Teacher’s Day; going to the Blog Awards with my twice-finalisted uber-talented hubby John; seeing my students achieve second place at the Beo Ireland songwriting final in Killarney and participating in the inaugural un-conference CongRegation2013

I also attended the Junior Cycle consultation conference and INOTE 2013. Both were a mixed bag of inspiration and frustration; the inspiration provided by the teachers who attended and presented; the frustration boiling up from the lack of in-service provision being offered before the introduction of the new Junior Cycle English course. Despite our protests, nothing has changed so far in this…

In 2014 I’m going to attend BETT for the first time ever and no matter what happens this year I am NOT going to miss #ictedu in Tipp IT – it’s been brilliant every year I’ve attended and I’m sure it will be again this year.

On twitter, I figured out that there are actual teacher wars!?! Said wars are between those who argue in favour of traditional teaching methods and those who advocate for what have been labelled ‘progressive’ methodologies. Proponents & opponents can be vehement and manipulative but reading their perspectives has helped me to figure out my own perspective as a teacher. Which is? Well to my mind an either/or traditional/progressive dichotomy is complete and utter nonsense and forcing teachers to ‘pick a side’ does both teachers and students a disservice.

Getting published in the Irish Times, the paper I’ve been reading since I was about 8 years old, was a highlight of the year for me. Their willingness to publish my work was definitely down to to the success of my Open Letter to Ruairi Quinn, which back in September was hot property for a day or two, got re-printed on TheJournal.ie, more recently came second in the Edublog awards in the “Most Influential Blogpost” category and was viewed in total 24,767 times!

A few short weeks later, the ASTI ballot on whether or not we should accept the revised Haddington Road agreement led to some very heated exchanges online and I found the vitriol heaped on me from some corners for suggesting we should vote yes a bit over the top. But then I got over it!

This year I also had my first ever incidental inspection and I’ve since decided that they aren’t nearly as awful as planned inspections. There’s none of the never-ending anticipation and dread, the over-thinking and the tick-boxing paperwork. They just come in & for better or worse you do your thang! Well that’s how it was for me anyway. I’m still turning it over in my head but hope to write a blog post about it some time soon.

As ever, there were books, songs and articles that stirred something in me. This song struck a chord because I have perfectionist tendencies that I’m always trying to curb:

In books, my favourite teaching tome this year was Teacher Proof by Tom Bennett; my favourite fiction was A Monster Calls by Patrick Ness and in non-fiction I’ve just started reading “Did That Actually Happen? A Journey Through Unbelievable Moments in Irish Politics” by Paddy Duffy which is utterly hilarious so far. In the interest of full disclosure, Paddy is a mate, but if you want proof of how bloody funny he is check out his weekly column in the Huffington Post.

Finally, in a year when my blog stats hit a staggering 1 million page views, but on more than one occasion I felt overwhelmed by work & family & blog and considered not writing the blog anymore, it was the support from my ADE #pln6; the #edchatie community on twitter; the INOTE facebook group for English teachers; the emails & comments from teachers & students; and the unexpected arrival at the end of a long tiring day of this bouquet of flowers from Aoife & students thanking me for sharing my resources on my blog which gave me the energy to continue. 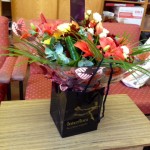 2013 was the year that it was because of the people that were in it.