Topic of the Week: Inspiration! 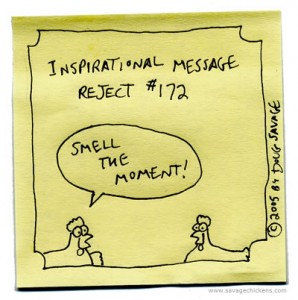 The exam hall is probably the least condusive environment for inspiration known to humankind. It is a weird pressure cooker of silence and ticking clocks, all tinged with the internal panic of knowing that 37% of your grade in English relies on you finding something to say and saying it well for QB and The Essay. You have no control over the topics that will appear, nor can you predict whether or not you will be paralyzed by indecision or writer’s block. And they say the Leaving Cert is ‘fair’? ‘Brutal’ and ‘cruel’ are the words that spring sooner to my mind! (But then I am prone to hyperbole…)

So what can you do? Well some people ‘prepare’ essays/short stories and hope one of them will sort of, kind of, ‘fit’ on the day. I have seen this work, but only when the student is (a) the writer of these essays/stories – because they have learned how to become a good writer through practice and (b) clever/calm enough to change it significantly to tie in exactly with the essay title that appears on the day.

More often than not I have seen this fail. Spectacularly.

I recall two examples vividly. One was where a student of mine had written a really beautiful essay entitled “Childhood Memories”. I had given him 100% for the essay – it was witty, funny, moving and poetic. When he went into the exam one of the titles asked students to write a personal essay on “The Idealism and Passions of Youth”. He didn’t like any of the other titles. So he panicked and just re-wrote his wonderful essay on childhood memories. But it had very very little relevance to the title. I remember him being disappointed when the results came out, and going in to view the paper, and my heart sinking when I started to read the all too familiar – and brilliant – essay from a couple of months before. Because no matter how great the essay is outside of the exam hall (and this applies to all of your essays on Hamlet and poetry and the comparative too) if it does not completely and consistently engage directly with the essay title then you are in trouble.

The second example was even more troubling. This student got hold of a short story that someone else had written and assured herself that because the original writer had gotten an A1 in Leaving Cert. English, then all she had to do was learn off and write the same short story in the exam and she too would get a really good grade in this section of the paper. She got 43 out of 100. The short story title was highly specific – “Write a short story in which two unusual or eccentric characters meet for the first time”. She changed nothing of the story she had learned off. The central characters were neither unusual nor eccentric. They weren’t meeting for the first time. I think the term my students would use to describe her decision to stick with her ‘brilliant’ plan despite all evidence that it was a really bad idea would be ‘epic fail’! I won’t even get into my moral qualms about the fact that this was blatant plagiarism, passing off someone else’s work as her own (if you want to know how I feel about plagiarism, click HERE).

I’m not judging here so please don’t think I’m ‘giving out’ in typical teacher style. I can completely understand the profound discomfort of walking into an exam completely unarmed, as it were. Having something ‘prepared’ feels safer, less of a risk and you convince yourself that you’ll do better if you have something ready in advance – like they do in all of the best cookery programs. As the examples above prove, this isn’t necessarily the case.

So what should you do instead???

Choose a wide range of topics and then collect ideas around these topics.

Specifically you should collect:

If you have no idea where to look for ideas on a given range of topics start here: but be warned – if you are interested in the world around you, once you enter Ted, you may get lost and find yourself several hours later wondering where the time went.

If you don’t have a lot of time start here – inspiring talks in 3 minutes: http://www.ted.com/themes/ted_in_3_minutes.html

Otherwise, here are endless discussions of fascinating topics by some of the most talented, knowledgable and funny individuals in the world:

This entry was posted in Discussions, Teachers and tagged inspiration, leaving cert english, preparing for paper one, Quotes, statistics. Bookmark the permalink.

2 responses to “Topic of the Week: Inspiration!”