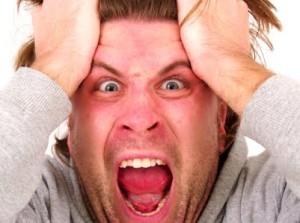 If this is how you feel when you think of the comparative, you are not alone, so don’t panic. I’ll try my best to simplify what is actually the most complex essay structure on the course.

There are two fundamental errors you’re in danger of making when writing your comparative answers.

1. You fail to answer the question.

2. Your links are weak and superficial.

It’s impossible to know what the question will be until you open the paper, but if you want to see what type of questions generally come up, click here on ‘Theme or Issue questions‘, ‘Literary Genre questions‘ and ‘General Vision and Viewpoint questions‘ (note: these are the modes for 2012, they’ll be different if you’re doing the leaving in 2013).

So let’s imagine the question is “What did you enjoy about exploring the general vision & viewpoint of the texts you studied?”

This is the kind of answer that will get you a D2:

“I really enjoyed studying the general vision and viewpoint of my three texts. The opening scene of DAL is quite nostalgic as Michael looks back on his childhood in Donegal but it’s also pessimistic because he says things weren’t really what they seemed and he mentions Fr. Jack coming home but not being nearly as impressive as they expected. We then see the Mundy sisters together, they are a close family but Kate tends to boss them around and the others resent this, particularly Agnes. When she decides they can’t go to the harvest dance the sisters are pissed off but Kate thinks it wouldn’t be right. Similarly the opening scene of IID is quite pessimistic. Michael sits on his own in Carrigmore home for the disabled and he can’t communicate because he is handicapped and can’t speak properly. He tries to warn one of the workers that there’s a cable that might get snagged and someone will trip but they don’t understand what he’s trying to say. He seems really frustrated and I would hate to be in his situation. The first scene in HMB is also pessimistic. Alec is waiting to die and he won’t get in touch with anybody in his family to tell them what’s happening. He doesn’t seem to even care and when the priest comes in he sends him away after making jokes about his own death. So I enjoyed seeing how awful some people’s lives can be because mine is way better and that made me happy”

Before you read on, I made up this answer. So no I’m not slagging off a real student’s work.

What’s wrong with this answer? Let me count the ways:

The simplest way for me to explain why this is the greatest mistake you can make is through a knitting analogy. Have a look at this stripy jumper:

Each colour is knitted separately. They only touch briefly.

Each section exists on its own, never mingling with the other colors, only briefly linking with them, perhaps for a line or sometimes just for a single stitch (or ‘link’). All of the ingredients are there but they never get mixed up together. In fact you could just take out each color and knit four separate jumpers if you wanted to.

Now let’s have a look at how to do it properly:

“Studying the general vision and viewpoint of my three texts offered me a fascinating insight into the quiet lives of desperation many people lead and I found myself on tenterhooks, rooting for the central characters as they attempted to create a better life for themselves. The opening scene of DAL is full of nostalgia as Michael the narrator launches into a flashback of the summer when Fr. Jack returned from the missions. Despite the closeness of the family unit (Michael remembers his aunts dancing wildly to the music from the wireless) there is an aura of mystery and foreboding, an awareness “of a widening breach between what seemed to be and what was”. This aura makes DAL in many ways similar to HMB (from the beginning of both texts the reader feels something bad is about to happen) but the atmosphere of fear and foreboding are much more pronounced in HMB. The opening scene fills us with unease as Alec waits to die. Unlike the Mundy sisters (DAL) we have no sense that he feels close to his family – in fact he bluntly admits “I love no living person, I am committed to no cause…I have not communicated with either my father or mother”. I found his indifference to his plight deeply unsettling. Thus although I felt compelled to read on, I cannot say I ‘enjoyed’ watching him suffer. The same is true of IID, where the central character’s difficulties fill the reader with sympathy. Michael’s cerebral palsy and speech impediment isolate him from the other residents but what makes this film subtly (yet significantly) different to HMB is that in IID we can see Michael’s frustration, through a series of close-ups of his face as he tries to communicate with Eileen and warn her of the impending accident (he has seen a vacuum cable snag and knows it will trip someone up). By contrast Alec (HMB) expresses no desire to escape the awful situation he finds himself in. Yet there are also interesting similarities between HMB and IID , for example the complete lack of family support and in some ways this makes DAL the most positive of the three – no matter what their difficulties at least the Mundy sisters have each other.  Thus I can honestly say that all three texts captured my imagination, roused my curiousity and engaged my sympathy for the central characters in the opening scene, thus adding to my enjoyment and compelling me to read (or watch!) on.

Why is this so good by comparison?

Again the knitting analogy is useful. 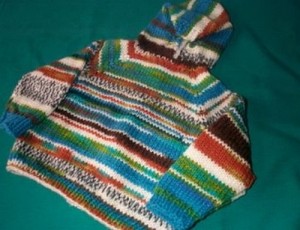 This pattern also has all of the ingredients necessary but if you look at the body of the jumper (ignore the sleeves) you’ll see that the person knitting this jumper begins a line with one color but then switches to another – or sometimes switches to a different colour for one line but then switches back again.

In your essay the texts need to be interwoven in this way. You need to establish complex links. You can keep your basic pattern – I’ll mostly discuss DAL, then HMB, then IID – but you must be willing to link them in subtle and meaningful ways. If the examiner feels like they could easily separate your essay out into three separate essays (unravelling this jumper would be a lot more complicated than unravelling the one above) then you have a problem.

With ONE NOTABLE EXCEPTION.

If you chose to answer a 30 / 40 mark split you will deal with one text entirely on it’s own. 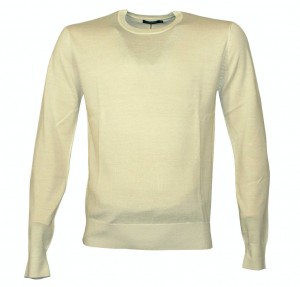 You completely ignore the other two and just discuss DAL on its own. 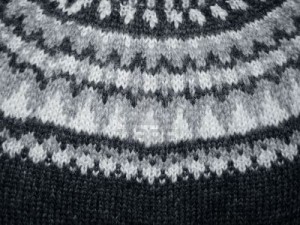 Then when you move on to the 40 mark discussion of your other two texts (HMB and IID in this example) you weave the two texts together. In this example, the charcoal can be HMB and the light grey can be IID. You can occasionally refer back to DAL (cream) but not in any great detail.

Pay attention to how the question is phrased. If it says “in the light of your discussion above” then you must deal with the same ideas, issues etc.. If it doesn’t you don’t have to – but it’s probably easier.

I have no idea if that makes things any clearer but I don’t know any other way to make you aware of how important it is to have interwoven your texts together, rather than simply treating them as three separate entities. Ultimately, answering the question asked and having in-depth quality comparisons (both similarities and differences) make the difference in doing well or doing badly in comparative studies.

19 responses to “Cracking the comparative ;-)”