Topic of the Week: Injustice

Posted on March 14, 2012 by evelynoconnor | Comments Off on Topic of the Week: Injustice 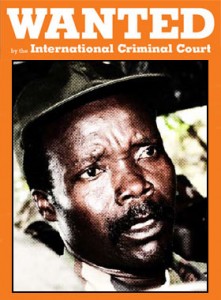 Unless you’ve been living under a rock for the past month you’ll have heard of Kony 2012. Watched by over 77 million people (as of the 14th March), it has sparked an incredibly heated debate worldwide about the nature of social activism. This video certainly demonstrates the power of social media to spread awareness. It is a brilliant – if not always accurate – piece of film-making and offers the simple message that a man capable of such horrific crimes against humanity should -MUST – be arrested and punished. So why all the controversy?

Well first of all, it has raised some incredibly important questions about activism. Will people really need to stick up posters everywhere on 20th of April now that the whole world already knows who Kony is? Is sticking up a poster an effective way of bringing about real change? How many of the 77 million simply watched the video and then did – and will do – nothing? They still got the feel-good factor of being ‘involved’ in a campaign for social justice but all they’ve done is sit on the couch and click ‘play’ on youtube. Not exactly a recipe for changing the world! And if this is the case, do viral videos like this send out a dangerous message, that all you need to do to stop a mass murderer is click the like button on facebook?

Of course I’m guilty of oversimplifiying here. The film-makers want you to spread the video, but THEN take action. Buy the action pack, thus donating to their charity and directly raising funds for the campaign. Here again we run into difficulties because huge questions have been raised about how this charity spends the money it receives. Only 32% of it goes in direct aid to the countries this charity ‘supports’. But that doesn’t mean you should ignore your urge to give money to charity – this would make you no better than the ‘slackers’ who watched the video and then shrugged their shoulders and did nothing. It perhaps just means that Trocaire – a charity which publishes transparent accounts and spends less than 1c of every €1 raised on admin costs  – might be a more appropriate place for your donation. And I’m sure you can cope with not having the Kony 2012 bracelet/poster/action pack. Can’t you?

The most serious criticisms of the video spring from the source we should listen to most carefully however – Ugandans themselves. It seems those who know the real situation see this video as closer to fiction than documentary, using footage a decade old, implying that Kony is still in Uganda (he hasn’t been for years) and suggesting that his army of child soldiers numbers 30,000 (an outdated figure – it’s estimated that he has a few hundred supporters at most – and not necessarily ‘abducted kids’). Most insulting of all is the implication that Americans need to parachute in, Superman style and fix this problem (unilaterally) because the Ugandans are helpless to help themselves. If I were a Ugandan activist I’d find this pretty hard to swallow.

Of course the danger here is that we move from oversimplification to overcomplication – from ‘slacktivism‘ to cynicism. And the end result is sadly all too often the same. We do nothing. How then are the highly educated, cynical elite who debate and complicate a far too simple youtube video on a complex issue ANY BETTER THAN those who take in the message of the video hook, line and sinker? Can’t we somehow find a middle ground between the idealism of the original video – misguided and misrepresentative as it is – and the knowing cynicism of those who know that a youtube video is unlikely to change the world for the better, and may just give Joseph Kony the noteriety he craves, whilst simultaneously undermining Ugandan efforts to win much needed international investment?

Remember when you first watched the video you probably felt the urge to help. Don’t ignore this urge. It is the most noble urge you can have, a testament to our common humanity, a recognition that injustice exists and must be challenged. However, remember that doing something is not necessarily better than doing nothing; doing something is only better if you think carefully about what it is you are doing. Even if your intentions are pure and you simply want to help, acting out of impulse without having all the facts can often be worse (unintentionally) than not acting at all.  The debate over whether foreign aid works is far too complex to get into here but suffice it to say that not all ‘help ‘ is actually helpful. So if you want to DO something, choose carefully. Donate some money to a charity which fully publishes it’s accounts and uses internationally approved development strategies – like Trocaire or Concern. Surely that is the most appropriate, balanced and genuine response to the two extremes represented in this global viral debate.

Comments Off on Topic of the Week: Injustice