Posted on May 1, 2011 by evelynoconnor | Comments Off on Titles 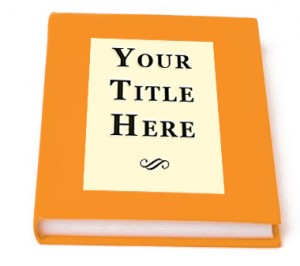 Sometimes you are asked to comment on the appropriateness of the title of a poem, novel, play etc…

Ask yourself what it is the writer wanted to get across in their title. He/she might want to

This is a careful juggling act however. A few years ago one of my students wrote a brilliant short story but spoiled it by leaving absolutely nothing to the imagination in her choice of title:” The Car Crash“

I came across a similar case when I lived in France. A movie called The General’s Daughter was in the cinema. It tells the story of  murder victim Elisabeth and you are completely on her side until you find out some disturbing details about her past.The French title “Le déshonneur d’Elisabeth Campbell” totally spoils the audience’s experience (of being shocked as her secrets are gradually revealed) by giving too much information.

The entire plot revolves around the idea of innocent creatures being harmed – Boo Radley, Tom Robinson & his family, even Mayella Ewell so the essence of the plot is captured in the title.

The central themes are discrimination and growing up. Both are referenced in the title. Atticus teaches Scout not to discriminate against or harm any innocent creature and he knows that she has grown into a reponsible young girl when she follows this moral in her own life.

The full symbolic meaning of Atticus’ saying is fully understood by Scout in the final chapter when she decides that turning Boo over to the police and then having him exposed to the scrutiny of the entire community for his heroism would be ‘”sort of like shooting a mockingbird”.

However, on first glance, the title is a mystery and it is only upon reading the novel that it’s full significance is understood. The title is unusual & dramatic because it talks about killing but mentions a songbird. This clash of ideas grabs our attention. Even the grammar of the title is strange – it leaves us hanging because it’s not a complete sentence. Again our curiousity is aroused yet having read the book we feel the title perfectly captures the essence of the novel’s plot, themes & symbolism.