Today was a weird day. On a few levels it was, quite frankly, odd. However, rather than bore you with the mundane minutiae of my daily grind, instead let me share with you an insight I had which concerns the perplexing issue of ‘personal response’. 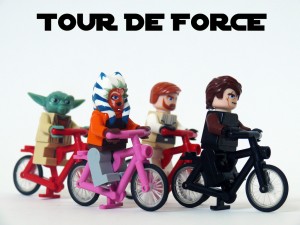 So I’m in my room, correcting; and I’m eating gluten-free chocolate fingers to distract from the fact that I’m correcting because I hate corrections; and I stumble upon a tour-de-force essay on cultural context in Casablanca. A ‘tour de force’ essay is an essay that’s so insightful, so eloquent and so sophisticated, you wish you’d written it yourself. 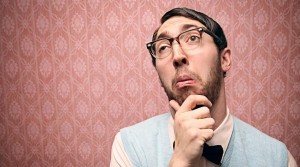 I get to the end

And then I stop.

Something is bugging me.

Now I go back to the essay. It’s written in the classic passive voice of academia, where opinions are stated as fact and the writer deliberately makes him or herself invisible. I don’t personally have a problem with the passive voice – it’s how I was trained to write in school and at university. But since the new course came in (way back in 2001) there’s been a renewed emphasis, nay obsession, with personal engagement with the texts.

I’m reading phrases like “it is impossible to feel comfortable” and “it’s difficult to watch this struggle” and “it is an unimaginable horror” and “there is little about this society to praise”. Her engagement with and understanding of the text is everywhere evident. Her analysis of the values and attitudes which dominate in this society is sublime. But she never once used the word “I” – she never said “I felt uncomfortable” or “I found it deeply disturbing” or “I found myself turning away from the screen in disgust”. So I start to wonder if she would be penalised in the exam because her discomfort with this society is implicit rather than explicit.

Let me take a little tangent with you for a second, in case you don’t know the difference between implicit and explicit. If something is implicit it is “implied rather than expressly stated”.  So if I say “her choice of outfit for the wedding was… interesting!” I am implying that I didn’t like it but my criticism is veiled: I’m hinting that I disapprove rather than saying it outright.  If I wanted to be explicit I’d come right out with it – I’d say “For the love of God, where did she think she was going in that rotten flamenco pink travesty of a dress?”. 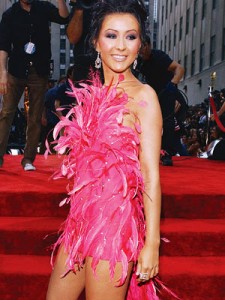 Implicit arguments, when subtly and intelligently constructed, can be far more elegant and sophisticated than explicit ones. If I go into school tomorrow and ask my student to alter her essay and insert explicit sentences like those mentioned above (“I feel uncomfortable” “I find it disturbing”) I fear she’ll end up interrupting the flow and beauty of her writing – dumbing it down, in effect, to conform with the demands of an examination system which is dominated by highly specific marking schemes which may not be flexible enough to tolerate the subtlety of her prose. This is where the quality (and attention to detail) of the examiner really becomes vitally important – read closely, her unease with the society is everywhere referenced and evident in her writing; read quickly, or carelessly, you might be tempted to mark her down for “clarity of purpose” – not because she isn’t clear about the task she has been set, but because she chooses to engage indirectly with her discomfort, using the passive, rather than an active and personal, voice.

A related issue then emerged for me, which is the question of whether a student should speak an an individual (“I feel” “I believe” “I was shocked”) or whether a student can reasonably speak on behalf of the entire audience (“we feel” “we believe” “we are shocked”) in which case the student is using what my English teacher used to refer to as ‘the Royal “we”, where he or she writes phrases like “we ask ourselves” “this makes us uneasy” “the reader is shocked that”.

This ‘speaking on behalf of everyone royal ‘we’ (known as the royal ‘we’ because the royal family, like the Queen for example, often say things like “we must see to it that our country maintains the best of its traditions” – she speaks for everyone, not just herself)  is good on one level because it shows you are absolutely confident that your ideas represent the consensus. By speaking for everyone you are creating the impression that you have accessed the ‘truth’ of the matter and people may – possibly – respect your certainty and question you no further.

However, this idea of speaking for everyone is also highly problematic. The person reading your work ends up tempted to shout at you panto style “stop pretending you’re not there!”. Personal response is why blogs have become so popular and why newspapers have had to expand their comment and opinion sections. What sentences which include the word “I” recognise is the truth that there is no ‘truth’ about how ‘the reader’ responds because we’re all different. We don’t all think and feel and respond in the same way. There is no one collective consciousness, there are only masses of unique individuals who all respond to the world and everything in it in a way which is uniquely them. Failing to acknowledge this can mean that you come across as stupid or worse still, as arrogant. If you are a brilliant writer with original intelligent insights we may just about accept your arrogance, because it is well earned. If you are not, we’ll just find you irritating.

So what’s my advice?

Well, it was bothering me a lot so I rang a friend of mine who corrects Honours Leaving Cert English (I don’t correct the state exams because I’d end up eating too many gluten-free chocolate fingers and getting really really fat!!!) and he reckons as long as the student engages directly and consistently with the question, they’ll probably get away with using the passive voice.

However, for any student who’s not an A standard, for a student who’s not going to produce a tour-de-force work of academic brilliance, using the active, personal voice is a better option. Explicitly referencing the question asked, repeatedly and consistently throughout your essay (but vary the phrasing, please?), using the word “I” frequently, if the question demands it (‘what did you like?’ ‘what made you uncomfortable?’) is more likely to keep you on track in responding to the question and to be honest, it’s more likely to get you a higher grade in the exam.

5 responses to “Passive vs Active voice”