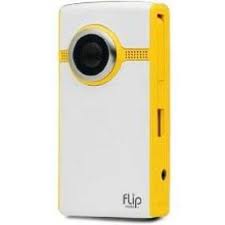 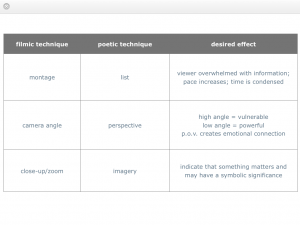 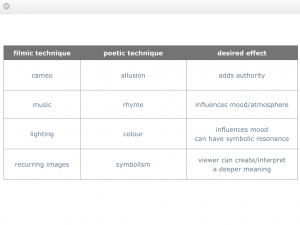 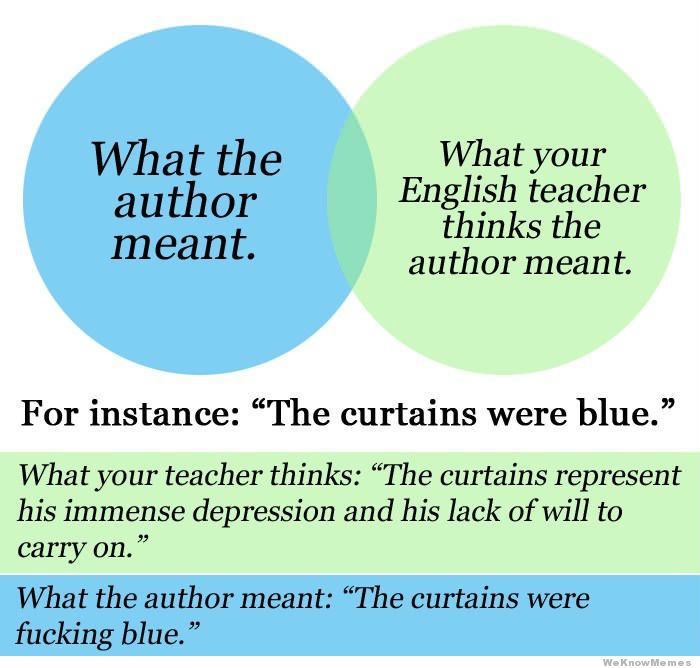 This entry was posted in Discussions, Junior Cert, Teachers. Bookmark the permalink.

4 responses to “Film: A Gateway to Poetry”