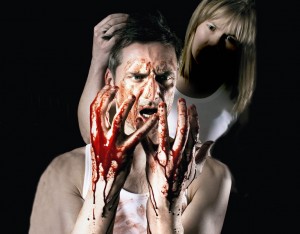 The kind of questions that come up fall into three broad categories:

The main aspects of Macbeth’s character you need to know are:

You must also be able to discuss the following characters:

You can be asked a general question in which you’d discuss several characters. For example: “The play presents a dark and pessimistic view of humanity”.

Here are some specific exam questions but remember that you won’t know the exact question until you open up the exam paper. You are being asked to respond to the statement – discuss to what extent you agree and/or disagree with it. Don’t just bluntly begin by saying “I agree 100% with this statement” – this is predictable and shows an inability to offer a nuanced analysis of the play/statement. You must support all points you make by quotation from and reference to the play.

“Ambition and self-interest are the qualities that destroy Macbeth”

“The variety of significant insights that we gain into Macbeth’s mind proves critical in shaping our understanding of his complex character.”

“Their partnership in guilt, which at the beginning of the play is a strong bond between them, gradually drives Macbeth and his wife apart, until they go down to their seperate dooms, isolated and alone”

“While there are some redeeming features in the character of Macbeth, Lady Macbeth is portrayed as a ruthless opportunist, whose ambition for her husband supercedes all moral considerations”

“Lady Macbeth is responsible for the fall of her husband”

“Lady Macbeth is no monster, she is a loyal though misguided wife, not without tenderness and not without conscience”

“The witches in Macbeth are malevolent creatures, who originate deeds of blood and have power over the soul”

“The witches add little to the play Macbeth”

“Banquo is a good and loyal man, but even he is not above temptation”

“The play presents a dark and pessimistic view of humanity”

“The ‘good’ characters in Macbeth are drab and uninspiring, whilst the flawed characters are absolutely fascinating”

“Essentially the play Macbeth is about power, it’s use and abuse”

“Kingship, with all its potential for good and evil, is a major theme in the play Macbeth”

“In the play Macbeth, evil is depicted in a far more interesting way than virtue”

“In Macbeth, Shakespeare presents us with a powerful vision of evil”

“From the opening moments, the play is dominated by the themes of corruption and death”

“In the play Macbeth, appearances often mask a disturbing reality”

“Macbeth has all the ingredients of compelling drama”

“Centuries after it was written, the play Macbeth remains highly relevant for a modern audience”

This entry was posted in Macbeth and tagged english, leaving cert, macbeth, questions. Bookmark the permalink.