Posted on January 13, 2014 by evelynoconnor | Comments Off on Macbeth Jigsaw

I’ve used this twice now and it works pretty well as a revision tool.

Here’s what to do:

1. Print off Plot Phase One. Cut it up into strips, then try to put it back together in order.

Here’s how I’ve done it with my class (bear in mind that my desks are in clusters, not rows):

Students work in groups of 3 ideally. So if there are 30 in the class, you’ll need to print off 10 sets, to be cut into jigsaws. Also print off ten extras of each plot phase – this is what you’ll hand them to check their answers as they complete each ‘jigsaw’. The advantage of this, rather than projecting the answers up on to the whiteboard is that each group can work at their own pace and self-assess as they go.

WARNING: this cutting up into jigsaws bit can be quite time consuming. Perhaps ask some first years for help at lunch time – they love cutting stuff up!

HERE ARE THE PLOT PHASES:

“We will proceed no further in this business. I have bought golden opinions from all sorts of people which would be worn now in their newest gloss not cast aside so soon” – Macbeth

“Was the hope drunk wherein you dressed yourself?”… “From this time such I account thy love”… “live a coward in thine own esteem” – Lady M

“I dare do all that may become a man; who dares do more is none” – Macbeth

“When you durst do it then you were a man” … “I have given suck, and know how tender ’tis to love the babe that milks me – I would, while it was smiling in my face, have plucked my nipple from his boneless gums and dashed his brains out, had I so sworn as you have done to this” – Lady Macbeth

“If we should fail?” – Macbeth

“We fail. But screw your courage to the sticking place and we’ll not fail” – Lady Macbeth

PLOT PHASE TWO from Duncan’s murder to announcement that Macbeth will be the next King.

PLOT PHASE THREE from Banquo’s temptation & murder to the end of the Banquet scene.

THEY PREPARE TO INVADE SCOTLAND Macduff is distraught with news of his family’s slaughter “All my pretty ones? Did heaven look on and would not take their part?” Malcolm advises Macduff to “let grief convert to anger. Blunt not the heart, enrage it”. He feels certain they will secure victory “the night is long that never finds the day”

“There would have been a time for such a word.

Creeps in this petty pace from day to day,

To the last syllable of recorded time;

And all our yesterdays have lighted fools

The way to dusty death. Out, out, brief candle!

Life’s but a walking shadow, a poor player

That struts and frets his hour upon the stage

And then is heard no more. It is a tale

Told by an idiot, full of sound and fury,

2. calls home those in exile,

3. sums up his view of the defeated royals as “this dead butcher and his fiend-like queen, who tis thought, by self and violent hands took off her life”

4. Calls on “the grace of God” to help him perform his duties as King &

5. Invites all present to Scone for his coronation.

Comments Off on Macbeth Jigsaw

Posted on May 9, 2012 by evelynoconnor | Comments Off on Junior Cert revision

Here are some useful links if your texts include “To Kill A Mockingbird” and “Romeo & Juliet”.

Thanks to Elaine Dobbyn @Drogheda Grammar School – I saw the link on her blog!

Comments Off on Junior Cert revision

How to study English… 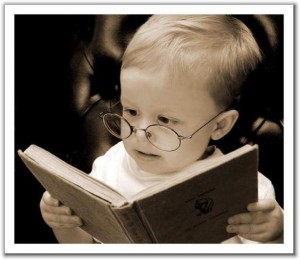 I received an email ages ago, an email I’ve been ignoring because I wasn’t sure how to answer it. The essential question I was asked was how to go about studying English and specifically “imagine if a student had an A1 essay on anything that could possibly come up – how could you prepare for the actual exam?“

My first thought was ‘are you a good writer?’ In the same way that you might ask someone if they are artistic or musical or good at sport. If that seems an unfair question, I apologize for freaking you out, but I do believe having a ‘way with words’ is a talent like any other.

However, if we leave aside the natural ‘writer’ in you, the problem essentially comes down to this. Don’t study and you’re guaranteed to do badly. Learn off essays (in the worst case scenario, ones you haven’t even written yourself) and you might not do much better! It all depends how flexible you’re willing to be in the exam and on whether or not you wrote these ‘A1 standard essays’ to begin with. If you did, then you have become a good writer through practice and have really engaged with the texts on the course. Well done you, you are on course to do well. If you didn’t, you’ve probably been relying too heavily on other people’s opinions without ever bothering to form your own.

The more you focus on pre-prepared answers, the less likely you are to engage with the question which is asked on the day. If you don’t twist what you know to suit the question that comes up, you will do very badly indeed. One example that springs to mind comes from last year’s leaving cert. We – like most teachers & students – had looked in detail at the theme of revenge in Hamlet. The question that appeared was “Revenge and justice are finely balanced themes in the play Hamlet“. In order to answer this question you could draw on your knowledge of the theme of revenge but you also had to be able to discuss the theme of justice – who has suffered injustice, whose job is it to deliver justice in the kingdom, what might true ‘justice’ (rather than simplistic revenge) look like? How could Hamlet achieve justice? Does he need to punish anyone else? (his mother, Ophelia?). Does he punish anyone else unfairly? (Rosencrantz & Guildenstern???) Also, how are these themes of revenge and justice connected? balanced? is it possible to get revenge and achieve justice at the same time? How does Hamlet convince himself that his revenge is in fact some kind of divine justice and that he himself is God’s appointed avenger?

Now imagine for a second that you had prepared an essay on the theme of revenge – in fact you have an ‘A1 standard essay’ learned off. You may be tempted to just write it, in fact you may lapse into some kind of auto-pilot. But your A1 standard essay won’t get you an A1. It might, in fact, only get you a C3, particularly if you have ignored the word ‘justice‘ and the phrase ‘finely balanced‘ or simply thrown them in in a tokenistic way in your introduction and conclusion. What a question like this aims to assess is the difference between the student who will just regurgitate a pre-learned answer (that they may or may not have written themselves) and the student who can think on their feet, can write well under pressure and can prove that they truly understand the play no matter what question is thrown at them. In this instance, convincing yourself that you have an A1 answer ready for ‘every possible question’ that could come up (and to be honest this is simply impossible – there are too many variations in the way that the question can be worded) may in fact become a kind of false security blanket. Because, let’s face it: if doing well in English was that simple, you’d just need a book of revision notes and the ability to rote learn them all off.

On the other hand, blindly avoiding studying English because you don’t know what will be on the exam paper is almost guaranteed to lead to an essay of complete waffle. Not knowing what you want to say AT ALL can lure you into the awful trap of just telling the story. This style of answer will get you a D3. If it’s really bad, you may even fail.

So what is the solution? Bottom line: you need to know, understand and appreciate the texts you have studied. And you need to be a good writer.

Perhaps to ‘study’ English you need to break down each section into ‘possible’ questions, come up with bullet points (including relevant quotes) and if you have time practice writing your answers under exam conditions. But if you do this, in each case respond to a very specific question – find one from a previous exam paper or google it – here’s what I found when I typed ‘Hamlet Sample Questions’ into my search engine. You can do the same for any of the poets…

In the meantime some advice:

In terms of studying, spend time actually thinking about the characters, themes, key moments from your single text, comparative and poetry. Know them really well. When I was doing the Leaving Cert. way back in the day I remember dreaming about W.B.Yeats and King Lear and writing things down when I woke up. Yes, I know this makes me a hopeless nerd. But then I always did love English…Meanwhile, I don’t think I ever dreamt about the life cycle of the liver fluke!

Of course being prepared means you are far more likely to do well than someone who is unprepared. But be willing to improvise, to create, to think in the exam so that you pay attention to the most important thing of all. Answering the question asked.

p.s. Studying for paper one is a whole other kettle of fish – for my opinions on what you might do to prepare for QB and the essay see this blog post.

p.p.s. Comprehensions are something you get good at through practice. I intend to write a whole other post on this. Eventually. So watch this space. But not too closely; I can’t handle the pressure…