This is a personal essay (I found it in an old foolscap a few years ago) from when I was in Leaving Cert. It’s not terribly original and the ending just kind of tails off pathetically but rather than fix it up I decided to leave it as I had written it at 17. It should give you a strong sense that there is a real difference between personal essays and short stories.

A Farewell to Adolescence

One of the scariest things about being in Leaving Cert. is realising that you are the oldest pupils in the school. In the first couple of days it gently hits you that the people who once intimidated you so much are all gone. Any intimidation that goes on now is probably your esteemed self complaining (loudly) in the presence of first years about how cheeky and wild they are. At this stage you usually find yourself commenting on the fact that your own year were NEVER that rude and boisterous, and you begin to despair for the youth of today. Where, oh where, did they ever go wrong?

It is about now you realise that you’re beginning to grow up. Talking about the ‘youth of today’ sets off alarm bells in your head because you’ve started to distance yourself from this section of society. You no longer include yourself in the category of ‘teenager’ or ‘adolescent’. Technically, you’ll be a teenager until the end of your nineteenth year, but being as mature and responsible as you are, you handily disregard this fact!

After the first couple of days in Leaving Cert, it not-so-gently whacks you full-in-the-face that other people have also started to regard you as a young adult. Teachers, parents, and adults in general expect you to think and act more responsibly, as befits your new position in society. THAT’s when you discover the role of young adult has as many drawbacks as advantages.

The first problem encountered is that of choosing a career! Of course, you’d always realised that EVENTUALLY you’d have to decide what to do with the rest of your life. But never in your wildest dreams or worst nightmares did you imagine just how difficult it would really be. The careers teacher bombards you with information about points, open days, college prospectus’, CAO-CAS forms, subject choices, apprentices and requirements. It vaguely registers somewhere in the back of your mind that you’ve heard all this before (perhaps in last years careers class???) but you weren’t really listening (at the time) because it was just kind of boring and irrelevant. Right now it’s about as far away from irrelevant as it can possibly be, and your head is in a whirl. Oh, to be back in first year when everything was simple and all anyone seemed to talk about was how wild and cheeky you were!

Added to this burden of deciding what to do with the rest of your life, is the workload of the average Leaving Certificate pupil. You seem to spend at least three hours every night doing homework alone. Wondering when you’ll get around to revising fourth year work is useless – you simply DON’T HAVE THE TIME! Every teacher seems to have some comment to make about how little work you’ve done, and how much you’ve left to cover. Being fulfilled, happy individuals, however, you don’t despair and it never even enters your head how hopeless everything is…

The last (and in my opinion the worst) part of saying farewell to adolescence is that of being responsible for your own destiny. Every teacher and parent in the country seems to adopt the policy of constantly telling you that how you do in the Leaving Certificate Examinations in June is entirely up to you! Teachers remind you daily that they’re not afraid of work and they’re doing the best they can for you. If you don’t pull up your socks and get down to work there’s nothing they can do about it. Their most commonly used phrase abound this time is “I can’t do the work for you!” You almost begin to believe the unspoken, follow-on-statement “I would if I could but I can’t”. Thus the weight of the world merrily thuds down onto your shoulders and this ‘growing-up’ process, this ‘farewell to adolescence’ seems less and less attractive every minute.

All is not doom and gloom however, and whilst the negative side of growing up is alive and well, there is also another, more desirable side blossoming satisfactorily, if you look at the other side of the coin. You begin to notice the extent to which your family life changes. Apart from a few sensitive areas, you’re pretty much a free agent. Your parents no longer freak out if you leave the house for more than half an hour. You don’t ask them any more if you can go out, they ask you if you are! It’s not childish teenage disco’s you’re going to either – it’s pubs and nightclubs. For the lucky minority who are already 18, it’s not even illegal! The smoker who started smoking in national school suddenly realises that he’s no longer breaking the law. You can even legally have sex!

A whole new world of possibility opens out before you, and somehow, life doesn’t seem so bleak anymore. You don’t get asked what age you are going into the cinema! Your mother doesn’t wait until you’ve gone to bed to watch the video she’s hired out – unless of course it’s an “adult” movie of the coloured kind that you don’t really want to watch anyway. And definitely not with your parents! Another advantage is the summer job which provides money, but more importantly, independence. I personally HATE having to ask my parents for money, and if I do, I have to tell them what it’s for. When you’ve got your own money, you can do what you like with it and are answerable to no-one.

All in all, growing up has both advantages and disadvantages. The process is both rewarding and painful, joyous and sad. Luckily this transition must only be experienced once in every lifetime because being “stuck in the middle” is quite an awkward confusing time. Overall my ‘farewell to adolescence’ will be a thankful one. I’ll be saying my goodbyes happily enough! 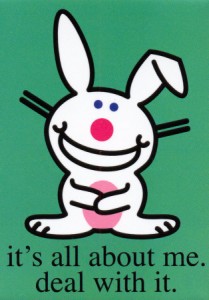 Some students have trouble getting their heads around the difference between a short story and a personal essay. If you write a personal essay then YOU aged 17 or 18, doing the Leaving Certificate, are writing about yourself. You can exaggerate, even make stuff up, but ultimately you are tied to offering the perspective of an Irish teenager. If you write a short story, your main character can be anyone – a homeless person, princess, pilot, animal, drug addict, sportsperson, banshee, baby in the womb, spy, slave, vampire, alien or angel. So personal essays are where you write about yourself. Short stories are fictional and can be set anywhere, anytime and be about anyone. In summary:

When writing a personal essay your personality must take centre stage – your attitudes, feelings, hopes, desires and beliefs are revealed. The quirkier the better – the last thing you want is to come across as the same as everyone else!

Follow the six rules of essay writing. Plan in advance, organise your ideas. Use some of the following techniques:

Here’a another discussion of the personal essay for a different perspective on it: