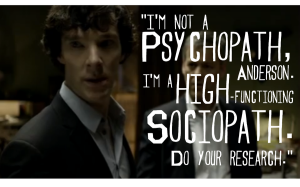 One of the most baffling things about this play is why Iago goes to such lengths to destroy Othello & Desdemona. He has little to gain from his evil scheme, so why does he do it? Jealousy, a desire for power, sadism, racism and frustrated love are some possible explanations.

It’s possible that Iago is jealous of Othello and to a lesser extent Cassio. He may be

(a) Jealous of their happiness in love: Othello is newly & happily married to an aristocratic Venetian lady and Cassio has a reputation for being very popular with the ladies. Meanwhile, if we believe Iago’s comments, he is stuck in a loveless marriage to a woman who frequently nags him (“would she give you so much of her lips as of her tongue she oft bestows on me, you’d have enough“) and views sex with her husband as a chore (“you rise to play and go to bed to work“). He suspects that she has been unfaithful to him (“I do suspect the lusty Moor hath leap’d into my seat” … “I fear Cassio with my night cap too“) and the thought drives him crazy (“the thought whereof doth like a poisonous mineral gnaw at my innards“).  Even though there is little evidence in the play to support either his suspicions or his very unflattering portrait of his wife, it is nonetheless clear that his marriage is not a happy one.

(b) Jealous of the respect Othello receives from his peers: Othello is immediately sent for by the Duke to solve the problem of the Turkish invasion. Meanwhile, Iago has been passed over for promotion. The contrast in their career paths could not be more stark – Othello is in demand, Iago is going no-where. Cassio recently became Othello’s new Lieutenant, a decision which infuriates Iago (“I know my price, I am worth no less a place“). Instead he must be content with the job of Ensign, or flag-bearer, no doubt a humiliating job for a man who considers himself intellectually superior to everyone around him. He feels aggrieved because he is older and more experienced than Cassio and had gone to great lengths to secure personal references from “three great ones of the city“, all of whom had spoken to Othello recommending Iago for the promotion. However, one of Iago’s complaints is that he believes Cassio only got the job due to favouritism, yet he himself had no problem trying to influence Othello’s decision through political means so he’s certainly a hypocrite and is probably just bitter that his tactics didn’t work.

(c) Jealous of their essential goodness: He speaks of Cassio having “a daily beauty in his life” which makes Iago’s life “ugly” by comparison. He recognises Othello’s “constant, loving, noble nature” and predicts that a happy marriage lies in store for these newlyweds “I dare think he’ll prove to Desdemona a most dear husband” . He is fully aware of Desdemona’s generous caring nature commenting “she is of so free, so kind, so apt, so blessed a disposition, that she holds it a vice in her goodness not to do more than she is requested“. Yet he determines to destroy them all “O! You are well tuned now, but I’ll set down the pegs that make this music“.  He seems to find their virtue irritating. Perhaps he wishes to prove that even a good man can be corrupted by evil if the situation leads him in that direction.

At one point during the temptation scene, Iago feigns reluctance to confess his fears about Cassio and Desdemona to Othello saying “I confess it is my nature’s plague to spy into abuses and oft my jealousy shapes faults that are not“. Ironically, this may be the closest we get in the entire play to an honest assessment of Iago’s true personality – after all, he certainly criticises and misjudges Othello, Cassio, Emilia and Desdemona at various stages in the play so it seems irrefutably true that he “shapes faults that are not” and it’s interesting that Iago himself puts this down to jealousy.

Iago does not have a powerful job. He is well respected, but he’s treated on occasion like an errand boy – for example, he must make sure that Desdemona makes it safely to Cyprus while Othello leaves for battle immediately. When they arrive, Cassio greets Iago as “good ancient” and when Desdemona dislikes the punchline to one of Iago’s jokes, Cassio suggests that Iago’s not the brightest, telling Desdemona “you may relish him more in the soldier than in the scholar“.  Cassio may be joking, but Iago views himself as an unrecognised genius, so it’s unlikely he would take too kindly to this slagging. He is viewed as honest and trustworthy, as a good listener and as someone who gives good advice freely but they all see him as kind of harmless when ironically he’s the complete opposite! Iago evidently has a high opinion of himself, joking about how easy it is to con Roderigo out of his fortune (“thus do I ever make my fool my purse“) and making constant references to the “web” he has woven to ensnare them all. Acting as puppet master with their lives makes him feel powerful and important. Perhaps it is this feeling of being in complete control that he’s addicted to. After all, when his plan starts to unravel and suddenly he’s no longer in control of the situation, he freaks out, viciously stabs his wife and runs away! It’s as if he was so pumped full of adrenaline that even though he recognises the possibility of failure (“this is the night that either makes me or foredoes me quite“) he doesn’t take it seriously and has no back up plan when the truth finally emerges. Even at the bitter end, he relishes the tiny bit of control he can cling on to by refusing to explain either his scheme or his motivations, taunting Othello who says “demand that demi-devil why he hath thus ensnared my soul” with the retort “demand me nothing. What you know, you know. From this time forth I never will speak word“.

Iago frequently fixates on Othello’s colour but it’s not clear if Iago himself is racist. He certainly uses the racist tendencies of other characters to turn them against Othello. For example, he creates vivid images of black on white (“an old black ram is tupping your white ewe” “you’ll have your daughter covered with a barbary horse“) to torture Brabantio, who is extremely racist. He knows Roderigo hates Othello for winning Desdemona’s heart and tries to convince Roderigo that she’ll soon tire of Othello “what delight shall she have to look on the devil?” using Othello’s skin colour as a signifier of his physical and moral ugliness. He repeats racist stereotypes “these Moors are changeable in their wills” “luscious as locusts” “an erring barbarian” and describes Othello as boastful, arrogant and lacking in manners. However, let us not forget that Iago is NEVER racist when he is alone on stage. He uses racism to turn people against Othello but confides in us the audience that Othello is of a “constant, loving, noble nature“, so it’s likely that his racism is a means to an end rather than a genuine reflection of prejudice.

There is absolutely no question about it – Iago is a sadist. For some people, debating why Iago did what he did is a waste of time, effort and energy. He’s a sick puppy. He delights in the misery of others. He commits evil deeds because he’s evil – not cause he’s jealous or power hungry or racist but because he’s evil. In fact, he’s quite possibly a sociopath  – this article on 10 ways to spot a sociopath ticks a lot of boxes in terms of Iago’s behaviour.

I’ll copy and paste a section below from my post on Iago’s flaws and virtues for detailed evidence that he’s a sadist and is completely lacking a normal moral conscience. Perhaps the key to his motivation lies here.

[Amoral sadist: Iago delights in the suffering of others. Of Brabantio he says “rouse him, make after him, poison his delight…plague him with flies“. Of Othello he says “if thou canst cuckold him, thou dost thyself a pleasure, me a sport“. He gets a sick thrill at the thought of using people’s virtues against them, commenting of Othello “the Moor is of a free and open nature and will as tenderly be led by the nose as asses are“. He relishes the thought of using Cassio’s good looks and courteous manner against him, thus destroying both his reputation and Othello’s marriage “with as little a web as this will I ensnare as great a fly as Cassio“. Even though he has no reason to dislike or hurt Desdemona, he is excited by the prospect of destroying someone so pure of heart “so will I turn her virtue into pitch and out of her own goodness make the net that shall enmesh them all“. He freely admits that his plan is evil and twisted proclaiming “hell and night must bring this monstrous birth to the world’s light” and the thought of wrecking the happiness of those who he feels have wronged him (Othello & Cassio) fills him with glee “oh you are well tuned now, but I’ll set down the pegs that make this music“. When Othello decides to kill Desdemona for her ‘betrayal’, Iago relishes being the one to choose the method of execution “do it not with poison, strangle her in her bed, even the bed she hath contaminated“. He revels in the power and control he now exerts over his boss. He never loses his thirst for inflicting pain on others, commenting snidely when he sees Bianca with the handkerchief “see how he prizes the foolish woman your wife! she gave it him and he hath given it his whore“. He enjoys twisting the knife in further and observing Othello’s torment. The thought that both Roderigo and Cassio may die fills him with satisfaction and when the plan backfires he wounds Cassio and kills Roderigo without the slightest hesitation. Nor does he feel any guilt about casting suspicion on poor Bianca, whom he claims is angry with Cassio for having jilted her].

We’ve debated in class the fact that Iago is completely obsessed with Othello and examined possible explanations for this obsession. My students aren’t the first to point out that perhaps Iago has a man crush on Othello. After all, he does put quite a bit of effort into picturing Othello and Desdemona having sex… and each of the images he presents to Brabantio involve Othello behind rather than on top of his lover… and Iago does vividly describe Cassio kissing him and laying his leg across his thigh… why doesn’t he push him away? Of course, none of this really happened, but then it does beg the question what does Iago spend his time imagining? and why?… he is unhappily married but envies those who are happy in their relationships… perhaps he’s a repressed homosexual?

Personally, I think this is pulling the very thin ‘evidence’ so taut it simply tears apart. It makes more sense to me that Iago is a sociopath, rather than a closet gay who’s in love with Othello. After all, if he really cared about Othello, he wouldn’t destroy him. Well… unless he was uncomfortable with his own sexuality and destroying the object of his affection was his way of destroying the evidence of his own gayness. I dunno. Sounds like a bit of a stretch to me!