Posted on April 10, 2011 by evelynoconnor | Comments Off on Language of Information 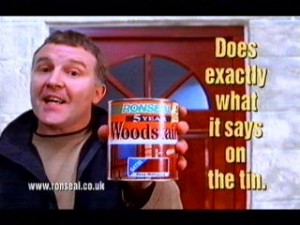 Language is formal, simple & clear. Gets directly to the point.

Layout is important – one main idea per paragraph.

Information is organised with logical, easy to follow structure.

Headings and sub-headings are often used.

Statements must be backed up by examples.

Relevant information only is included (no waffle).

Imagine that the story of the disappearance of Dell Parsons, outlined in Text 1 above, has captured the public’s imagination. You are a reporter with a national radio station. Write the text of a news report, on the Dell Parson’s story, to be delivered on the station’s main evening news bulletin. In your report you should communicate the facts of the case as known (based on Text 1) and further speculate as to Dell’s whereabouts and possible developments in the story.

NOTE: This is an interesting hybrid of a task. The news report you write will be informative & factual, but interestingly, they’re asking you to then “speculate” so once you do this (at the very end) you’re leaving the realm of information behind.

Imagine yourself fifty years from now. You have achieved great success and public recognition in your chosen career. Write the text of an interview (questions and answers) about the experiences and influences in your youth that contributed to your later success.

Imagine you are running for the position of Student Council President in your school. Compose an informative election leaflet encouraging students to vote for you. It should outline your own leadership qualities and the changes you would like to introduce into your school.

Advertising & young people: you report to the Advertising Standards Authority.

There is much discussion as to whether or not young people are being exploited by advertisers. Write a short report to the Advertising Standards Authority outlining your views on the matter.

Imagine that as a reporter for a local newspaper you plan to interview a celebrity of your choice. Write a proposal/memo for the editor of your newspaper in which you explain why you want to interview this celebrity and giving an outline of the areas you hope to explore in the course of the interview.

You have been asked to give a short talk to a group of students who are about to start first year in your school. Write out the text of the talk you would give.

Imagine that Mr Pappleworth is asked, on the basis of Paul’s first day at work, to write a report giving his impressions of Paul Morel as an employee. Write the text of his report.

Imagine that you have discovered a time capsule containing a number of items from the distant or more recent past. Write a letter to a local or national newspaper announcing your find & describing the items in the capsule.

You have been asked to give a short talk on radio about an interesting journey you have made. Write out the text of the talk you would give.

Imagine your job is to welcome a group of foreign students to Ireland. Write out the text of a short talk (150-200 words) in which you advise them how best to get along with the Irish people they will meet.

Write out the text of an address you could deliver to an international gathering of young people outlining what you believe helps to define Ireland’s distinctive national identity.

Write a magazine article (serious and/or light-hearted) in which you give advice to adults on how to help teenagers cope with the “storm and stress” of adolescence.

Write an article for a magazine for young adult readers in which you give them advice about how to cope with the pressures of modern living.

Write an article for a magazine for young adult readers in which you give advice to people on the best way to find a healthy balance between work and play in their lives.

Write an article for a magazine for young adult readers in which you give advice to people intending to travel abroad for work or on holiday.

Comments Off on Language of Information