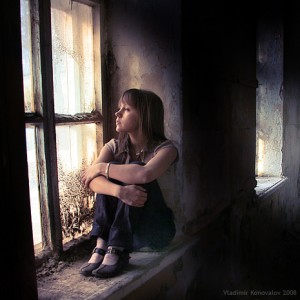 You may be asked to describe the feelings/mood/atmosphere created by the writer. The list below is intended as a way to prompt ideas. However, you must remember that simply figuring out the ‘right’ answer (if there even is such a thing in English!) isn’t enough – it’s not just what you say, but also how you say it that matters. Your answer needs to flow from one idea to the next and to show depth and insight.

“Edgar Allen Poe makes the hairs stand up on the back of our necks as he creates an atmosphere fraught with tension and fear. The sudden flight of the bats from the rafters and their “piercing squeals of rage” at being disturbed add to the errie desolation of this abandoned castle. Having the snake slither down the marble staircase and hover behind the central character is a stroke of genius – we see the danger, while he remains oblivious. The reader almost feels the urge to shout out (panto style) ‘he’s behind you!’ .

Both of these answers recognise the fear which dominates the atmosphere in this extract (for the record these are only partial answers – you’d need to trace the subtle ways that the atmosphere changes as the passage goes on) but the first one would probably fail in an honours English paper (it’s poorly written, relies on slang and cliches and lacks any depth)while the second would get you an A. So remember – it’s not just WHAT you say that counts – HOW you say it is supremely important if you want to get a good grade.