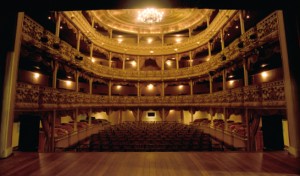 You must be able to discuss the following when it comes to characters:

“Othello’s foolishness, rather than Iago’s cleverness, leads to the tragedy of Shakespeare’s Othello” (2008)

“It is Othello’s egotism and lack of self-knowledge, and not Iago’s evil schemes, which ultimately bring about the tragedy at the end of the play“

“Othello is arrogant, impulsive and violent. While Iago sets up the conditions for tragedy to occur, it is Othello, ultimately, who we must hold responsible for the tragic events which unfold“

“A combination of Iago’s skill, Othello’s weakness and a measure of good luck, bring about the tragedy in Othello“

“Iago cannot be blamed for the deaths of Desdemona and Othello“

“We cannot blame Othello for being fooled by Iago. Everyone else in the play, including Iago’s wife, believes that he is honest and true“

“Othello and Iago are both egotists, obsessed with proving how clever and capable they are, and hell bent on revenge when they feel they have been wronged“

“Othello is the principal agent of his own downfall” (1994)

“Othello is essentially a noble character, flawed by insecurity & a nature that is naive & unsophisticated” (1990)

“Othello is a good man who is skilfully manipulated by Iago. For this reason, despite his credulousness, we continue to feel sorry for him“

“Iago’s schemes succeed, not because Othello is weak, but because he is so noble“

“Othello is a noble hero who loses, but ultimately regains our sympathy“

“We do not approve of Othello’s behaviour, yet we nonetheless pity him“

“Othello is not a tragic hero; he is a gullible fool“

“Othello is not a tragic hero. He never really takes responsibility for his errors of character and judgement”

“Despite his suffering, Othello learns little of himself or of human relationships“

To what extent do you agree with Othello’s assessment of himself as an “honourable murderer” who “loved not wisely but too well“?

“Iago is the real hero of Shakespeare’s play Othello”

“Iago is a likable villain”

“Iago is a charming villain, but it is difficult to understand his motivation”

“Iago is an evil villain with no redeeming qualities“

“While we are repulsed by Iago’s evil, we are fascinated by his ingenuity“

“Desdemona is not a credible character, she is an unrealistic saint who does nothing to try and prevent her fate”

“Desdemona is a woman, not an angel; she lives and loves with her whole person, both body and soul”

“Desdemona’s dramatic function in the play is to act as a symbol of purity, innocence and goodness but this means that her behaviour is not always entirely believable”

“Desdemona and Iago are at opposite poles in the play, Othello, the one representing pure love, the other hate incarnate“. (1986)

Discuss the importance of the character Emilia in the play as a whole. (1994)

“In the play Othello, naive, innocent characters are no match for the evil machinations of the world weary Iago“

“Shakespeare’s Othello is concerned not so much with jealousy, as with misunderstanding”

“In Shakespeare’s play Othello, we witness a profound inability to distinguish between appearances and reality”

“Appearances do not mask a sinister reality in this play, yet Iago manages to convince every character that there is more going on than meets the eye”

“Despite the striking portrayals of goodness and nobility, the play Othello leaves the audience with a sense of dismal despair”

“Image of animals, images of storm and images of heaven and hell predominate in Othello” (1990)

Othello contains many scenes of compelling drama. Choose one scene which you found particularly compelling and discuss why you found it so.