Some verbs should rarely – possibly never – be used when discussing a poem. “The poet tells us” or “the poet says” are problematic because poetic language is always carefully crafted, with every word and punctuation mark deliberately chosen to capture the exact feeling and idea the poet wishes to communicate.

The verbs “tells” and “says” imply that the poet is telling us things rather than hinting, showing, evoking, then allowing us to figure it out for ourselves. If he/she uses colloquial language, yes it will feel as if the poet is simply speaking, but again, this is a conscious decision, not an accident.

You need verbs which are more accurate in analysing what the poet is doing. Here are a few suggestions: 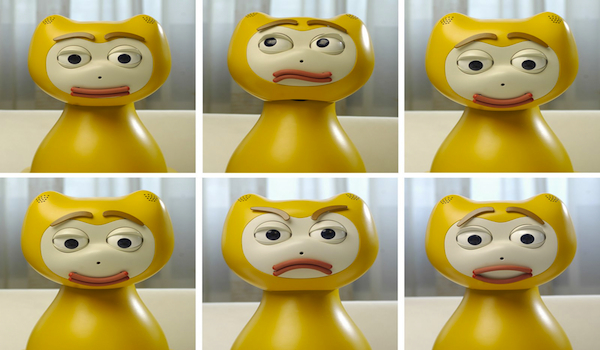 Personal response encapsulates the absolutely sensible and sound notion that you should not just analyse intellectually but also respond emotionally to texts. Sadly, however, this then morphed into the somewhat happy-clappy notion that you should be ready, willing and able to explicitly relive these emotions when writing about them months (or sometimes years!) later. This is a bit silly really, imho, because when the initial emotional response to any event, good or bad, is over, what we’re left with is the opportunity to analyse it logically and try to figure out what it all meant.

Who was it that said “the unexamined life is not worth living” ? I think it was Plato. Well, to my mind, the unexamined text – be it a poem, a play, a novel or a film – remains a wonderful, oftentimes deeply emotional experience, but without the intellectual rigour of analysis, it remains an opportunity lost for deeper understanding of who we are and how we live our lives as human beings.

By the by, I think ‘personal response’ was an attempt to convince teachers and students alike that how you feel as well as what you think when you encounter a story matters (and it does!). I think it was an attempt to encourage independent thought, originality and debate in classrooms instead of the ‘sage on the stage, top-down, sit in your seats & bow before my superior wisdom’ approach which (we are told) dominated (still dominates?) so many classrooms. I’m not convinced demanding personal response necessarily achieves this but it’s a worthy aim nonetheless. Finally, I think ‘personal response’ was a way of giving two fingers to the grinds schools and the revision books industry who were pumping out generic passive voice academic content for students to learn off so they could ‘fake’ understanding of their texts.

But whatever the intention, the plan soon backfired and the problem soon emerged, particularly in the studied poetry section, that students were basically learning off ONE pre-written personal response essay on each poet. These were essays which they may or may not have written themselves – oh the joys of having an older brother or cousin or sister who could pass their essays down through the generations, like family heirlooms to be treasured and polished and re-used ad-infinitum!  If they didn’t have the good fortune to get said essays from family members they could get them at revision courses or in books or, best of all, they could learn off their TEACHER’s personal response and pass that off as their own (sure weren’t you only doing justice to the ecstasies of enraptured joy and pain and suffering your poor old teacher went through every time he read “The Love Song of J. Alfred Prufrock”?  Sure you could never respond with such passion and despair and, God help him, that level of personal response deserves an audience and sure he can’t sit the exam again, he’s surely pushing fifty at this stage and a fifty year old man sitting the Leaving Cert English exam – for the fifth time – just for the craic – is just downright sad).

Personal response became shorthand for knowing exactly what would come up on the exam and therefore not having to do any critical thinking on the day, but rather a rote learn and regurgitate exercise that everyone was pretty happy with thank you very much. Until some genius in the State Exams Commission realised that the whole thing had somehow turned into a dumbed down touchy feely personal response nightmare that was encouraging students to fake personal engagement but which was – in most cases – letting them off the hook of having to actually think for themselves in the exam.

So then it all changed again, around 2010, and the airy-fairy personal response questions started to disappear off the exam papers and more demanding, much more focused and academically rigorous questions reappeared.

And that’s where we’re at now.

If the question demands a personal response, get in there, get stuck in, show that you have opinions and you’re not afraid to express them and they belong to you – I I I all the way captain! But remember that close analysis of the text, using a sophisticated vocabulary, is always required for Honours Leaving Cert English. And above all else, at all times, ensure that everything you say is responding directly to the question you were asked.

to grab your sorrow by the throat

to grapple with it and lunge it heaving from your chest

and force it into words

is no easy task.

we spent hours together you and I.

you never saw me,

now, we never will.

but in my mind I knew you –

and in your words, you knew us all –

When tackling the unseen poem, discuss the three T’s – themes, tone and techniques AKA ideas, feelings and style of writing. Don’t feel you have to be complimentary about the entire poem and don’t feel you have to discuss every line. Oh, and obviously I’m at a big advantage here: the poem isn’t unseen to me because I wrote the bloody thing!

Write a personal response to the poem “Mother” by Evelyn O’Connor.

What first strikes me is the depth of love and admiration the poet feels for her mother. She compares her to the sun in an extended metaphor which runs the entire length of the poem. The comparison is a clever one, for how else would we survive without the warmth and protection offered to us by the sun and by our beloved mothers?

I also like how the transition from present to past is achieved as she “orbit[s] the past, a seething mass of nuclear energy” and offers us vivid images of her childhood through the use of very active verbs “swimming…splashing…eating“. There’s a lovely music in the internal half-rhymes of  “so / don’t, past / mass, gingerbread men / then, eclipse / crisp” and the focus on food captures the innocent joy of being a kid:  she remembers “Easter chocolate nests, plum puddings at Christmas, gingerbread men and now and then éclairs oozing cream down greedy fingers“. The way the layout of the poem mimics the action being described also made me smile, as the cream – and the poem – flows down the page. For me this flashback sequence is the strongest section of the poem.

However, there are times when the rhymes don’t really work – “sea / library” seems a bit forced, and the poem borders on cliché on occasion, particularly when she observes “doubtless we could search to the ends of the earth for something you would not do for us“. Furthermore, for me the final line seems hopelessly naive “the sun keeps shining and never will die” although this could perhaps be testimony to the poet’s firm belief that she simply could not survive without her mother, who “never burn[s] out” and “never burn[s] up“.

Nonetheless, I do like how the poem captures the universal truth that it’s hard to really get to know your parents (“once I saw a solar eclipse…but it was over all too quickly and my vision blurred”) particularly if you grow up in a big family where there are “so many… always wanting, needing, asking, pleading, bleeding dry your store of selfless love“. The poem captures ‘big truths’ but perhaps not in a very original way.

Mother says “don’t look at the sun, it will blind you”

I orbit the past, a seething mass of nuclear energy.

Sunspots float before my mind:

swimming in the pool, splashing in the sea, going to the library

now and then éclairs

Once I saw a solar eclipse

your edges suddenly clear and crisp,

burning strength into our bones.

But it was over all to quickly

and my vision blurred.

Then I confess I found you lost

convinced we had gobbled you up

so many of us always wanting, needing,

Doubtless we could search to the ends of the earth

for something you would not do for us

but why waste time?

The sun keeps shining and never will die.