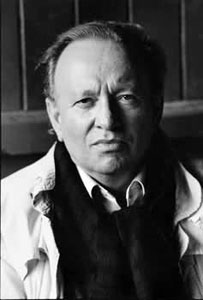 Derek Mahon was born in Belfast in 1941. An only child, he came from a working class Protestant background and described himself as something of a solitary dreamer in his early years.

His poetry occasionally deals with personal themes, as is the case in Grandfather and Ecclesiastes. More frequently, Mahon explores famous historical events and attempts to offer us a new perspective on them. He is particularly fascinated by our tendency to simplistically divide historical figures into heroes and villains. Rather than accept these interpretations, Mahon challenges us to embrace a more nuanced view of individuals like Bruce Ismay, the owner of the White Star Line who built the Titanic and of Lawrence Oates, the arctic explorer who famously sacrificed his life in an attempt to save his fellow explorers.

Mahon’s absolute belief that we need an accute and profound understanding of history is evident in his most famous and celebrated poem “A Disused Shed in Co. Wexford” as is his fear that we live in a superficial era where deep thought is almost impossible

In this Study Guide, we discuss the major events in his life and then analyse the following poems:

1. Grandfather
2. After the Titanic
3. Ecclesiastes
4. As It Should Be
5. Antartica
6. A Disused Shed in Co. Wexford