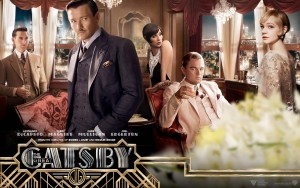 If you are sitting Honours English for the Leaving Cert, you have to study Shakespeare but you don’t have to do it as your single text. You can include it as one of your comparatives and answer instead on one of the prescribed novels for the 60 mark single text question.

This years list (2015) of single texts to choose from if you’re doing honours English and are using Othello as part of your comparative are:

Because most of the country study Shakespeare for this section, you do have a certain psychological

advantage over your Bardic peers: any examiner will relish a break from the monotony of correcting the same content over and over again! However, when you see how easily students from other schools can get their hands on sample answers for every aspect of every character and theme in Othello, you may find yourself silently cursing your teacher. Fret not – your teacher knows exactly what they’re doing! No student ever did well by learning off sample answers prepared by other people. Nonetheless, it can be annoying to have few – if any – actual exam paper questions to work off, so here I’ll examine elements of character, theme and style it might be wise to revise.

Students sitting the ordinary level paper have a wider choice of texts. They can choose any one of the following for their single text:

This entry was posted in Leaving Cert Paper 2. Bookmark the permalink.

One response to “Single text options…”