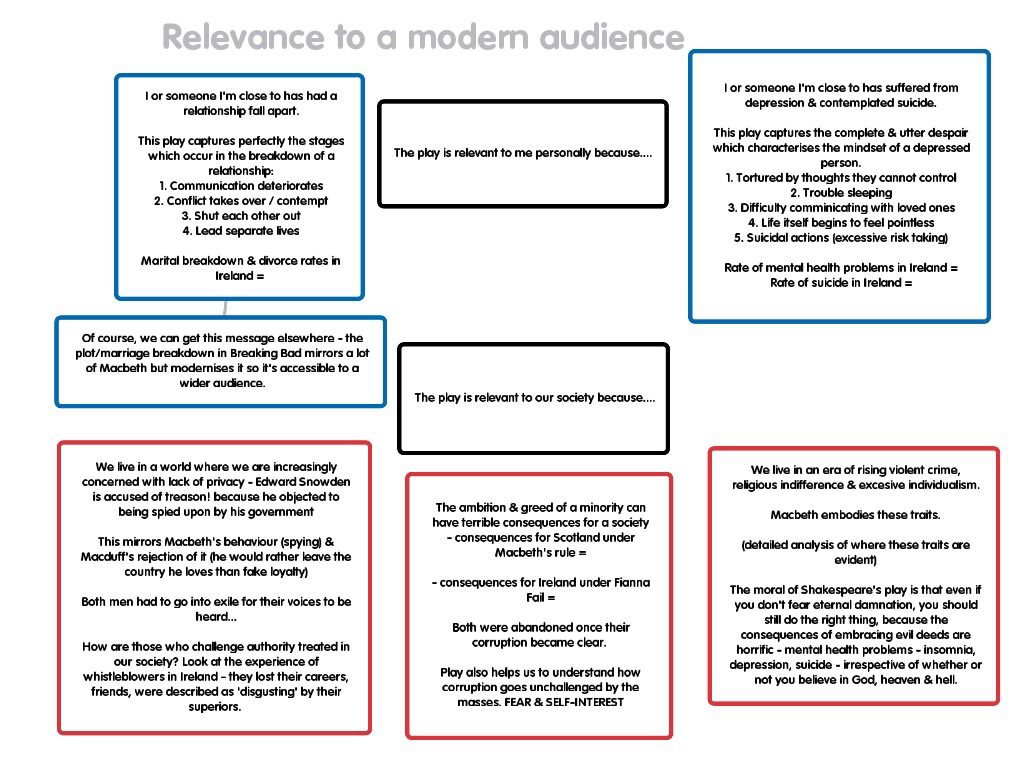 In my classroom, at parent-teacher meetings, even chatting to acquaintances, I often get eye-rolls at the mention of Shakespeare.

“It’s difficult though, isn’t it?” parents will sometimes say, expecting me to nod and let that be that.

I don’t ascribe to the notion that if something is complex or difficult it’s not worth our time. In fact, chances are the more complex something is, the more time it demands, which is perhaps why people often give up on complexity prematurely. Relationships, careers, family; life itself is complex and at times, bloody hard work. Yet these complexities – being a wife, a parent, a teacher, a daughter, a friend – are also the source of most, if not all, of the happiness in my life.

Don’t run from complexity, embrace it. You’ll need a familiarity with complexity in the years to come, in the real world, in your real life, if you are to achieve and maintain the level of happiness we all deserve.

That’s not to demean or dismiss the very real challenge Shakespeare presents. For most people the language is not very accessible, at least initially. So you may be tempted to equate the challenge of accessibility with proof of the irrelevance of Shakespeare to your life, your world, your experiences.

It can be hard to access AND relevant at the same time.

I’m not here to provide you with an answer you can learn off and vomit up in the exam. In fact, I often struggle with the complexity of my role as teacher/blogger/guide on the side/sage on the stage. If I write a blog post, offer my opinions, give you, effectively, an answer, am I depriving you of the opportunity to think for yourself, to figure it out for yourself? Or am I simply provoking you to think harder, to look deeper, to contemplate things you might not have contemplated before? On the other hand, if I (or your teachers) don’t offer you something to work with, but instead leave you floundering (in a lovely space full of the text itself, to be fair!) isn’t there a danger that – at least some of you – may never fully see and appreciate the relevance of Shakespeare to your life?

I’ve made my peace with this (sort of) by reminding myself that if you look online, you’ll find it anyway, so perhaps by offering my own passionate perspective, I might change a few minds about the relevance of Shakespeare.

This blogpost does not constitute a ‘sample answer’. Do not vomit it back at the examiner if this question (the relevance to a modern audience of Shakespeare’s Macbeth) appears on the paper in June. It doesn’t have the structure of an argumentative essay; it’s written in the colloquial style of a blog post rather than the formal language of academic critical analysis; and it is WAY longer than anything you’d get to write in an hour. This blog post is simply a discussion of one idea that occurs to me when I consider the relevance of Macbeth as a play and hence why I believe that despite the difficulty of accessing his work, Shakespeare is still worth studying. You’d need to discuss 3 – 5 reasons why you believe the play is relevant (writing approx 4 pages) in an exam scenario, not just one as I’ve done below.

NOTE: I wrote this first blog post back at the beginning of April & never got around to the others due to my mum-in-law passing away and my subsequent writers block, but I’ll publish this one anyway rather than leave it floundering in my drafts.

Have you ever witnessed a relationship fall apart? Your parents, your aunt and uncle, your sister and her boyfriend? Maybe you’ve had a relationship collapse personally. I know I have. It’s awful and it hurts and if only you understood why it happened, perhaps you could have saved it, stopped it, fixed it. At the very least if you could figure out what happened, you’d know what NOT to do the next time.

Lots of writers explore relationship collapse. So what makes Shakespeare so special? Why not study a film or a novel or a modern play IN PLAIN ENGLISH which explores this very same theme?

The answer, of course, is that you could. There are plenty of modern texts which dissect this issue brilliantly. Often, however, the crux of the plot is that these characters fall out of love. They love each other but they’re not IN love so often they cheat and this infidelity contributes to the collapse of the marriage.

This is NOT what happens in Macbeth.

In fact what’s fascinating and tragic is their journey from passionate, devoted equals in a fairly open and healthy relationship to isolated, depressed individuals who barely communicate, without any kind of infidelity or overt ‘falling out of love’ occurring. It’s kind of scary to observe how quickly and relatively easily this transformation occurs. So I believe that Shakespeare is quite original in exploring how a marriage can fall apart even though the couple still love each other and have each other’s best interests at heart.

That’s so sad too, and scary, the idea that it could all go to shit even though the love is still there. Excuse me while I go give my husband a hug!

The process looks a little something like this:  1. conflict takes over 2. communication deteriorates 3. they shut each other out 4. they end up leading separate lives.

Initially the relationship is relatively healthy. Macbeth confides in his wife; (writing to his “dearest partner of greatness“); they share the same dreams and ambitions (to be King and Queen)) and are determined to help each other achieve their potential, whatever the cost (“come you spirits that tend on mortal thoughts, unsex me here…”). However, this leads to one partner trying to change the other (“When you durst do it then you were a man“) which is never a good sign in a relationship. Unable to cope with the stress of his crime, Macbeth confides in his wife (“o full of scorpions is my mind dear wife“) only to be scorned and rebuffed (“infirm of purpose, give me the daggers“). Although she begins to feel the same regret (“nought’s had, all’s spent, when our desire is got without content”) she’s too embarrassed or ashamed to admit that she was wrong so instead she puts on a false face to hide what she knows in her heart, pretending to Macbeth that everything’s fine. The breakdown in honest open communication here is the key to the problems in their marriage. He’s not happy with the person he has become but he cannot confide in her anymore because every time he does she refuses to listen.

So they shut each other out. Ironically they’re both trying to protect each other (“be innocent of the knowledge dearest chuck“) from the pain of their mutual stupidity (“things without all remedy should be without regard”) but their failure to communicate openly and honestly ultimately leads to the collapse of their marriage. They still try to help each other (“my lord is often thus and hath been since his youth“) but it’s ineffective because, again, Lady Macbeth offers not empathy but scorn and ridicule when faced with her husband’s suffering (“This is the very painting of your fear… shame itself! Why do you make such faces?”). So he becomes what she thought she wanted him to be (empty of the “milk of human kindness“) but now he’s not really interested in speaking to her anymore. He no longer even claims her as his wife but rather refers to her in a very detached manner, asking “how does thy patient doctor?”. He still loves her but their connection has been lost.

She goes insane, haunted by the horror of what her husband has become, in no small part thanks to her interference. Meanwhile he’s completely detached emotionally, depressed and homicidally suicidal, which means he wants to die but takes out his rage at the world on others, killing as many people as possible before he gets killed (think school shootings). When he hears of her death he replies “she should have died hereafter“. Nonetheless, do not underestimate the depth of his devastation. Like many people who lose a spouse, he’s numb initially, rather than collapsing in floods of tears but he also immediately feels that life is empty and pointless and no longer worth living; that “life’s but a poor player that struts and frets his hour upon the stage and then is no more. It is a tale told by an idiot, full of sound and fury signifying nothing“.

Shakespeare’s wisdom: If you love someone, accept them for who they are. If you try to change them, they might change to make you happy and maybe you’ll convince them that it will make them happy too. But remember that some changes are more permanent than others, more difficult to undo (relocating to a new country; getting a boob job; embracing a life of crime, KILLING A KING).

If your partner admits that this change is making them unhappy (a new job for example) don’t force them to stick with it; don’t ridicule them for feeling regret. If you shut them down every time they try to be open and honest with you, eventually they’ll stop communicating, but their sadness will manifest itself in other ways (hallucinations, insomnia, depression, rage).

And if you feel you’ve made a mistake, admit it. Say sorry. Don’t hide what you’re really feeling, even if you think you’re protecting the other person by doing this. Because if you can’t talk, your connection will weaken until it’s too brittle to be repaired.

You too might feel unable to live with your new reality, but because you’ve refused to listen to their fears, you can hardly expect them to listen to yours now. So you end up with similar problems (sleepwalking, OCD, depression, suicidal despair).

Then you’ll end up lonely within a relationship, which is the saddest kind of loneliness there is.

Sadly, that’s how, even when two people love each other dearly, their relationship can still fall apart. It’s profound and sad isn’t it? And that’s why I love Shakespeare.

This entry was posted in Macbeth. Bookmark the permalink.

One response to “Relevance of Shakespeare’s Macbeth”