A student of mine, who would prefer to remain anonymous, wrote this wonderful essay on bullying as a follow up to our school’s anti-bullying week and has kindly given me permission to publish it here. I feel it deserves to be read by a wider audience than me… 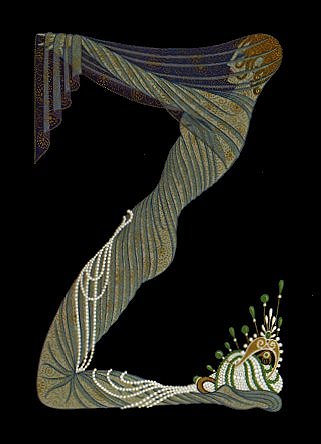 The ABC of Bullying

In every year group there is a girl just like the letter ‘Z’. Last in the ranking, no support behind her, often forgotten about.  ‘Z’ did not choose this life for herself. It almost just happened automatically, like nature. At the end of the day, if everyone is popular then nobody is popular.

In the beginning, ‘Z’ is her own worst enemy. Last on the list of 26 letters, she often feels lonely and out of the loop. Looking around my year group today, I can pick out quite a few ‘Z’s’. Easy targets. Insecure. Nobodies.

I can only imagine to a bully, they stick out like a sore thumb. A bully, someone deeply insecure in themselves, can easily sniff out other damaged souls of its kind. Do I feel sorry for the bully? The answer is yes, I completely do. I ask myself the question, is a bully a murderer or a mountain lion? Both kill, however one does it out of evil, the other does it to survive. I have always been of the opinion that the bully is the one who needs human help. The one who, similar to the victim, needs support.

“If a man cannot understand the beauty of life, it is probably because life never understood the beauty in him “

Sometimes it is hard to believe the bully has no support. They come across so superior and confident. But on deeper observation they too are often missing some form of family/friendship back-up. They may belong to a tight group of friends, yet still not feel secure.

‘A’ is confident and popular. Leader of an elite group, the vowels. ‘A, E, I, O& U’ call the shots. If you are not in with them, you probably don’t exist. What proper word doesn’t have a vowel in it? Dominators of the English language, they have the power. ‘A’ knows all the letters in the Alphabet very well. However, she never really bothers with ‘Z’. She finds ‘Z’ to be boring, weird and ugly. “Not even symmetrical!”

‘A’ knows ‘Z’ is unpopular. She knows ‘Z’ holds very few pages in the dictionary. She just excludes her.

In today’s world, this behaviour is rampant. I see it every day. Nobody wants to be seen or associated with someone classed as ‘unpopular’. At this age in school, everything revolves around your social standing. And in an all-girls school, it is very important to have a boyfriend. If you don’t, there must be something wrong with you.

So where is ‘Z’ in all of this? So far we have established ‘Z’ is lonely, unsupported and insecure. Not popular, and with very few pages in the dictionary. Insignificant. The perfect victim.

‘A’ on the other hand, acts the complete opposite way. However, always being the centre of attention, she feels used and abused. She is fed up, but she wears the best disguise. ‘A’ really feels like ‘a’. She is about to snap.

So where am I in this equation of bullying?

I see myself as the letter ‘M’. Smack bang in the middle. Ordinary. Symmetrical. Safe. Neither a full bully, neither a full victim. Have I done some terribly cruel things to other humans during my short time on this planet? Yes, and I am forever ashamed of them, but haven’t we all at some point in our lives? However, since coming into secondary school, I have grown a lot.  I would like to think I know the difference between right and wrong, but is this enough?

I have learnt a lot from this year’s anti-bullying week.

9 responses to “ABCs of Bullying”