Posted on December 31, 2013 by evelynoconnor | Comments Off on 12 Selfies of Christmas! 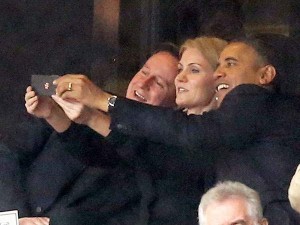 2013 may have been the ‘Year of the Selfie‘ but I honestly never had any intention of getting in on the act. I almost made it to Dec 31st without falling prey to this virulent virus but then disaster struck…standing in my hallway waiting for a lift to a party I got bored. As you do! 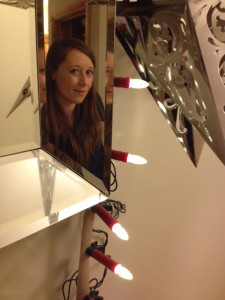 So I took this selfie and posted it on Facebook. The next night, leaving a wedding with my hubby, I suddenly realised that – yet again – we’d failed to get a photo of us together! So in the lobby, I whipped out my phone, took selfie no. 2, and then promptly posted it on Facebook as he started taking the piss out of me for being a “divil for the selfies“. 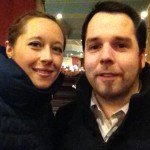 Now, knowing our friends as I do, I should have seen it coming that one of them would tongue-in-cheek suggest a “12 Selfies of Christmas Project” and being the eejit that I am I accepted the challenge! The next ten days were an education to say the least. Taking a photo of yourself EVERY DAY makes you feel like an insufferable narcissist. Posting them publicly makes you feel like a pain-in-the-arse. Now I’ve had many ambitions in my life but turning into an insufferable pain-in-the-arse-narcissist is not one of them!

So why didn’t I just stop? Well, first of all, that’s not the O’Connor way. We’ll just keep ploughing away at something once we’ve started because giving up feels too much like failure. Also, I was trying to stay away from blogging and generally give myself a much needed rest from my always-on-brain, so this became a not-very-difficult project that didn’t-matter-at-all but which stopped me from doing actual work. It’s a bit sad that I needed this to keep me from my manic self but it was effective, so who cares!

I also liked the way the photo gave each day a flavour, a memory, a personality. All too often over Christmas the days blur into each other and this became a way of differentiating them into the party night, the wedding, the shopping trip, the girly night out, present wrapping day, snowman hat silliness, SANTA!, feeling full n fat, family dinner for 18! 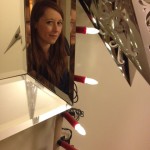 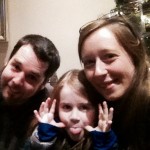 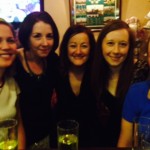 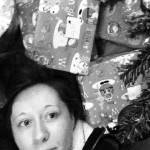 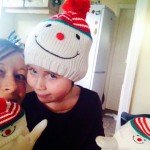 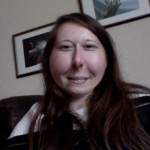 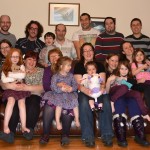 Looking back, I’m aware that I’m blessed. Just look at all the people I’m lucky enough to call family and friends. Don’t worry though, I’m not about to get sappy on ye. After 9 photos I pretty much lost the will to live. 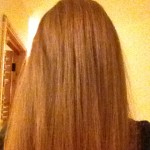 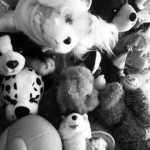 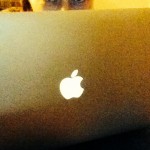 I was so thoroughly sick and tired of my own face that I resorted to hiding behind my hair (no. 10) under presents in a Where’s Wally style challenge (no. 11), and finally back behind my laptop (no. 12!).

Despite the fact that I now kind of hate my own face, I’m grateful to Michelle for her “12 Selfies of Christmas” challenge as it, along with copious amounts of food, drink, board games, books, banter and fun!, kept me out from behind my laptop for a record breaking 12 days.  That’s the longest I’ve gone native since I started my blog in April 2011 and boy did I need the break!

NOTE: This post comes in at 500-ish words which is about the length you’d be expected to write for a QB. It could be adapted into a radio talk, an interview, a diary entry or a blog post or it could be lengthened into a personal essay (to about 1000 words). I think recently there was an essay title which asked you to write about a series of glimpsed moments and what is a selfie but a glimpsed moment?

My point is that you can write about anything as long as it’s in some way relevant to the essay title and obeys the conventions of the given genre. My final tip is that writing about something you’ve actually done or experienced is much easier than writing something from nothing! So write what you know if at all possible…