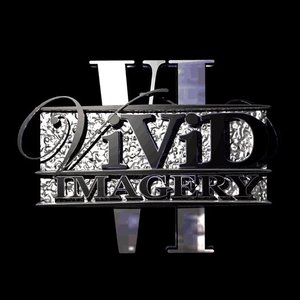 I’m beginning to hate the term ‘vivid imagery‘. It’s rapidly entering my list of most hated word-vomit-words that people puke up when put on the spot; words which pop into the mouth and onto the lips, bypassing entirely the brain; words which are repeated so often they lose all meaning.

In my younger years teaching, when I was more critical and less kind, if a student in my classroom described something as ‘interesting‘ or ‘nice‘ they got ‘the look’. The look said ‘seriously?’, with the undeniable tone of WTF? The look included raised eyebrows and a quizzical squint. The look was wordless but it lasted a while and was inevitably followed by some comment along the lines of ‘yeah, but what what are you actually trying to say? because that word means nothing to me‘.

For the record, I’m much kinder these days.

So why my jihad against the term ‘vivid imagery‘? Well, lately it seems that whenever I ask students to discuss the writer’s skill, whether it’s a poet or a novelist or a journalist, inevitably someone will shout up the phrase ‘vivid imagery‘ and all heads will nod in agreement (except for the odd head that’s face down on the desk drooling) and somehow then it’s ‘case closed’. If I prod for greater depth I’ll get the so-obvious-you-need-a-fish-in-the-face-to-wake-you-up observation “it creates a really clear picture in my mind“.

My problem is this. We all know that an image is a picture. And we all know that something which is vivid is clear. So when you tell me that vivid imagery creates a clear picture in your mind you are basically giving me nothing more than a chronically superficial definition of the term.

You are NOT, however, examining a SPECIFIC example.

You are NOT telling me anything I don’t already know.

You are NOT displaying any understanding of how a writer might go about creating this ‘clear picture’, nor are you analysing, discussing and evaluating the ingredients which have been included by THIS writer in THIS piece of vividly imagined writing in order to plant said clear image in your lovely brain.

Anyway, sorry for the condescending sarcasm. It’s not like me and I certainly wouldn’t use said tone in class, but occasionally I run all out of understanding and patience and need to vent.

So now that we’ve identified the problem, what is the solution? Well, first, I should probably design and print off a poster which forbids use of the term ‘vivid imagery’ entirely in my classroom. 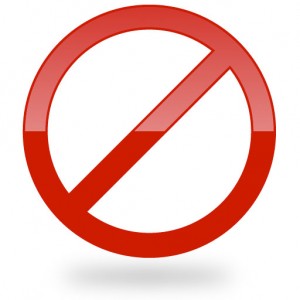 Secondly, I need to spend time forcing my students to conduct an in-depth analysis of several pieces of ‘vivid imagery’ so that they KNOW how to successfully discuss the writer’s skill and techniques in creating a highly descriptive prose passage.

So what are the ingredients which a writer uses to give you an experience which is as close as possible to climbing into the cinema of your mind? (but with added features like smells!)

Well, I’ve written a long and detailed analysis of the features of descriptive writing here, so I don’t want to repeat myself. For the shorthand version, what pops immediately into my mind is (1) zooming in on the details; (2) evoking all five senses – sounds, smells, tastes and touch as well as sights which means including colours, textures, lighting, weather, sound effects; (3) choosing your verbs carefully (to paraphrase Orwell “all verbs are equal but some verbs are more equal than others“) and choosing your adjectives even more carefully; (4) comparing something to something else (aka similes & metaphors) so the image becomes more vivid. These are just general observations, but they are not sufficient so now let’s analyse a specific example.

I can’t publish someone else’s writing on my blog for copyright reasons, so instead I’ll include this extract from something I wrote a while back and then analyse what the descriptive techniques I used in it…

Extract: (you can read the full piece here)

“The road is long and windy and wet. The Wicklow hills call from the far coast, and in between the car is stuffy and hot to keep the windshield fog off, and I shuffle to get comfortable and try not (for my dear driver’s sake) to nod off.  But I have never been good with staying awake, and besides, although I talk for Ireland, a passenger seat is the one place I get lost in my thoughts, climb into myself and am silent, then asleep…

I jolt awake with a smack to the head, and the sound of a smile in my ears. We cannot have my head collapsing on him as he drives our cheap convertible with no airbags. We cannot have it. So I fight the battle with my eyelids who go on strike so often I think of hiring a crane to prop them up. The light is green tea and amber now, the trees form a canopy. A light mist has replaced the rain and sleep rises from me as contentment settles down”.

The writer creates a vivid picture of her journey in this passage, selecting her adjectives so that we too can see the “long and windy and wet” road ahead. We see the world through her eyes, which almost creates for us the illusion that we are the ones sitting in the car.  She cleverly uses personification  (“the Wicklow hills call from the far coast“) both to emphasise the length of the journey (“far coast”) and to create a sense that it is inevitable; that somehow the majestic Wicklow landscape would feel betrayed if she did not visit it (it is calling to her!).  Each verb she selects (“shuffle” “jolt”)  is precise, allowing us to picture her exact movements and she uses repetition (“We cannot have it!”) to emphasise her determination to stay awake. However, her difficulty in achieving even this simple task is brilliantly captured in the amusing image of fighting a battle with her eyelids, who she personifies as workers on strike, refusing to do their job. This image of the writer as an employer, with her eyelids personified as lazy employees then becomes comical as she threatens to “hire a crane to prop them up“, which is a memorable way of evoking the heaviness she feels as she struggles to keep her eyes open.

I haven’t discussed everything – I haven’t even gone near my favourite part of this section which is the metaphor where I compare the light to green tea and amber but I don’t need to because I’ve discussed enough. So if the question was “Discuss four features of descriptive writing evident in this text” I’ve just identified and commented in detail on the writer’s use of

By the way, I know this is not easy. In fact it’s really really hard. I used these techniques in my writing without even thinking about it but I had to really really THINK about why I wrote what I wrote the way that I wrote it in order to verbalise what I had done and what effect I wanted to achieve. In fact, I’d say I’ve never really thought about the effect of this passage on the reader before, I only knew that it felt right; that it sounded right; that it created a clear picture for me. So I take it back. I understand exactly why students say “look vivid imagery” like a bad parody of “Where’s Wally?”. It’s because it’s true and it’s because it’s easy. Delving deeper is the hard bit but it’s also what you must do if you want to prove that you understand the art and craft of good (me) or great (Shakespeare) descriptive writing.