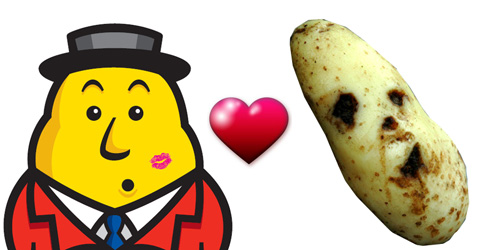 Let me begin with an admission – this wonderful, creative method of teaching the essence of what the comparative is all about was not my idea. A guy I teach with has a sister who’s a teacher who teaches with a teacher in Castlebar who uses this as a technique to make the comparative clearer for students. If I knew the name of this teacher I’d credit them here but I tried and failed to find out their name – so if it’s you please get in contact! Anyway, it sounded like a stroke of genius to me so I decided to give it a go!

I did this with the entire class (four groups of six, three paper plates x four groups, lots & lots of crisps) but there’s no reason why you can’t try this for yourself at home if you’re a student with a paper plate collection and a decent crisp addiction!

Once you’ve completed this exercise you now have part (a) of your comparative question done. The individual crisps from the packet are like the key moments in your text. It doesn’t really matter which ones you select as long as they capture the essence of this packet of crisps (text) and it doesn’t matter if other people in the class choose different crisps (key moments).

Another important thing to bear in mind is that the examiner is looking for your personal response to the crisp (text) – not everyone likes things which are extra-cheesy but some people LOVE that shiT! Some people like a really sharp crunch, others perfer a softer, gentler texture. And so it is with movies, plays and novels!

Remember that you CANNOT get your personal response from a notes book, a grinds school or a teacher any more than someone else can TELL you which flavours and textures you like best! If you try this then everyone in the room will be acting as if they all feel exactly the same way about these crisps (texts) but as we all know this is simply NOT believable – in truth everyone has different tastes and responds differently!

4. Pour the other two crisp types onto the other two plates – we now had Babylon Crisps and Sive crisps! Once again, choose two crisps off each plate – one to look at and one to taste.

5. In the light of your discussion in part (a) above, compare and contrast the other two crisps (texts), focusing on both similarities and differences.

For this answer, you focus on these two new crisps. You may if you wish refer back BRIEFLY to the first crisp you tasted (text you studied) but because you’ve already discussed it in detail in part (a) you only mention it in passing here (if at all). Your focus now is on the other two crisps (texts) that you are now comparing and contrasting!

You must use linking phrases –

When you’ve finished this exercise, underline each linking phrase you’ve used. Every time you make a comparision (both similarities and differences) write a C in the margin – this is what the examiner will do when they correct your exam in June! In our class one student had used 13 linking phrases; most had somewhere between 8 and 11; a few had used only 4 or 5. In the latter case it became immediately clear to them that they probably weren’t comparing and contrasting enough – they tended instead to fall into the mistake of discussing one crisp (text) on its own, then the other crisp (text) on its own but for comparative studies you are not being asked to show off how much you can write about the individual crisps (texts) – you are being asked instead to demonstrate your ability to analyse similarites and differences.

Another way to double check that you are interweaving the texts sufficiently and moving back and forth between them frequently is to now pick up two different coloured highlighters. Each time you are speaking about crisp (text) 2, highlight in pink; each time you are speaking about crisp (text) 3, highlight in yellow and when you are speaking about both simultaneously place the highlighters side by side and drag them along the page together to show that both are being discussed. Now look at the page – if you end up with long blocks of pink followed by long blocks of yellow, followed by long blocks of pink etc… you are writing mini-essays about each but you are still keeping them essentially separate which is kinda wrong! If you look at the page and there is an ebb and flow back and forth between pink and yellow and two-tone pink & yellow sections then you’re probably achieving what you need to which is intertwining a discussion of both!

However, I need to clarify two things here.

First of all, you cannot compromise the FLOW of your writing – so sometimes in order to make your point in a clear and detailed manner you may need to discuss one crisp (text) in a bit of detail on its own and this is fine! Secondly, it isn’t enough to simply have loads and loads of C’s in the margin – you don’t want your essay to become some kind of hyper-active mess where you are jumping all over the shop. Instead remember this – the examiner is not going to simply do a crude exercise in counting; he or she is NOT going to give you more marks the more linking phrases you use. Instead, he or she will in the case of each comparison ask “Is this a really obvious similarity/difference? Or is a more subtle and sophisticated point being made here?”

In other words, it’s not quantity but quality that matters. Have a look at these examples below:

In the example above there is NO DEPTH – none of the points are developed in any detail and the reader almost feels dizzy because the writer is jumping all over the shop. There is also an annoying tendancy to blandly state facts when the writer should be discussing how he/she feels about these facts (the flavours, textures, colours etc…)

Now look at the example below:

“I really enjoyed the texture of both crisps, the way they crumble in the mouth makes the experience of eating them almost effortless. However, this is where the similarites end for me! The Babylon crisp had a very strong, almost overpowering cheese and onion flavour which I personally found quite unpleasant, particularly the sharp aftertaste which lingers in the mouth long after you have swallowed. By contrast, the Sive crisp had a refreshing sharp tang of salt and vinegar; it offers a much more pleasant sensation for the palette than the Babylon crisp. Nevertheless, I must admit that, like the Babylon crisp, the Sive crisp also left me with a significant aftertaste except this time it was the strong impression that I had just eaten a plate of potatoes. There are some who would argue that this makes the Sive crisps more authentic – after all, the major ingredient of crisps IS potatoes – but I just found it irritating and felt like washing out my mouth with soap and water!”

This person has made fewer points – they only wrote about texture, flavour and aftertaste whereas in the first example the writer discussed texture, flavour, aftertaste, calorie count and colour. However, they would still do better, getting an A rather than a C+ grade. So let’s ask why?

Well firstly their discussion has both DEPTH and FLOW – they offer a detailed instead of a superficial analysis and there is a lovely smooth flow from one point to the next. They don’t try to cram in too much, instead choosing to focus on fewer details but developing each point they do make to the maximum! Furthermore, there is an elegance in the writing style and choice of vocabulary which makes the first example seem a little childish/bland.

Secondly, this example shows personal engagement and explores the experience of eating the crisps (reading the texts) rather then reducing them to a series of bland facts (which is what the first example does!).

Once you’ve eaten all the crisps it becomes harder to remember them – they become a memory which you must strain to bring to the forefront of your mind rather than something that is there immediately in front of you. It becomes harder to write about them because they are not there anymore. And I’m going to be really mean and insist that you don’t look back on your notes.

7. Take a blank page and a pen and answer the question below (the equivalent of the 70mark exam question):

Discuss in relation to the three crisps you have eaten (texts you have studied).

You can select any crisps you remember from each packet (any key moments from the texts) but you must compare and contrast; you must use linking phrases; and you must focus on your personal experience and opinions. Remember it’s not about the number of factors / moments you discuss but rather about offering a depth in your discussion and creating a flow in your writing.

Most of my students found this much more difficult, particularly because they were grasping to retrieve their memories of the experience. This is one of the reasons why many students and teachers find the comparative frustrating – by the time you are ready to write about all three texts, the experience of watching/reading (or in the case of the crisps eating) feels long ago and far away! In our class we discussed how Casablanca (which we studied last May) feels quite fuzzy in their memory now and agreed that an essential part of their weekend needed to be watching the film again to unfuzzify it in their brains (I promised I’d watch it again too to unfuzzify it in my head too!).

Meanwhile, for now we’re going to ignore the fact that once you go into an exam you are operating purely from memory and you are not allowed to look at your notes. It’s better instead to focus on what you can do to preserve the experience of reading/watching your texts – basically if you make really good notes on the text as you are studying it (the Department refer to this as a “personal response journal“) then it won’t feel so fuzzy when you get to the end of the process and start trying to weave the texts together. By contrast, if you don’t tune in and turn on when studying the texts in class you’ll find it really really hard to write about the ‘experience’ of the text because you won’t remember it as an experience, in fact you probably won’t remember much of it at all!

Just as we were finishing this exercise (note to teachers – it took us an entire double class) the daily intercom announcements came on: “Students are reminded that the canteen is open for all breaks and there should be absolutely no eating in the school building” – at which point we fell around laughing, stuffed the remaining evidence of our crisp picnic in the bin and agreed to take our secret to the grave!!! But if you’re doing this exercise at home, your only problem will be convincing your parents that analysing crisps (with the side benefit of having to eat them all) qualifies as ‘studying’!